East Anchorage High School boasts one of the best boys basketball programs in the state of Alaska.

It also features a group of young men dedicated to bringing about change in their community.

East Anchorage players had been wearing “Black Lives Matter” in their gear since the beginning of their season. While wearing the message of unity and equality, East Anchorage pieced together an undefeated regular season. However, after winning its conference tournament last week, a formal complaint was issued to the Alaska Sports Activities Association (ASAA) claiming that Black Lives Matter is a political statement and the team should have to cover the phrase during the state tournament.

Disappointed in the criticism of the team’s efforts to unify the community, Damarion Delaney, one of East Anchorage’s star players took to Twitter to shed light on the situation. Fortunately, the ASAA ruled in favor of East Anchorage and allowed them to continue wearing their full uniforms.

i heard east was called in a complaint about us young men in our choice getting “black lives matter” coming down the spinal of our shooting shirts for pregame. and we’ve played our first game to our last game in these warm ups. the inequality and unfairness is really visible.

Delaney’s Twitter thread caught the attention of David Bullock, an Alaska native currently living in Los Angeles and CEO of 907 Agency. He immediately took action, reaching out to Puma in an effort to garner additional support of East Anchorage’s efforts. Puma responded by gifting each East Anchorage player and coach a pair of black sneakers, which Bullock gifted to the team hours before its Alaska 4A state championship game Saturday.

“The thread on Twitter received hundreds of retweets and favorites, which is what got my attention,” Bullock told USA Today High School Sports. “I viewed this as an attempt to silence the movement. I reached out to Puma Basketball to support these young men. In response, Puma sent a pair of black shoes to every player and coach on the team, which I delivered to them hours before the state championship.” 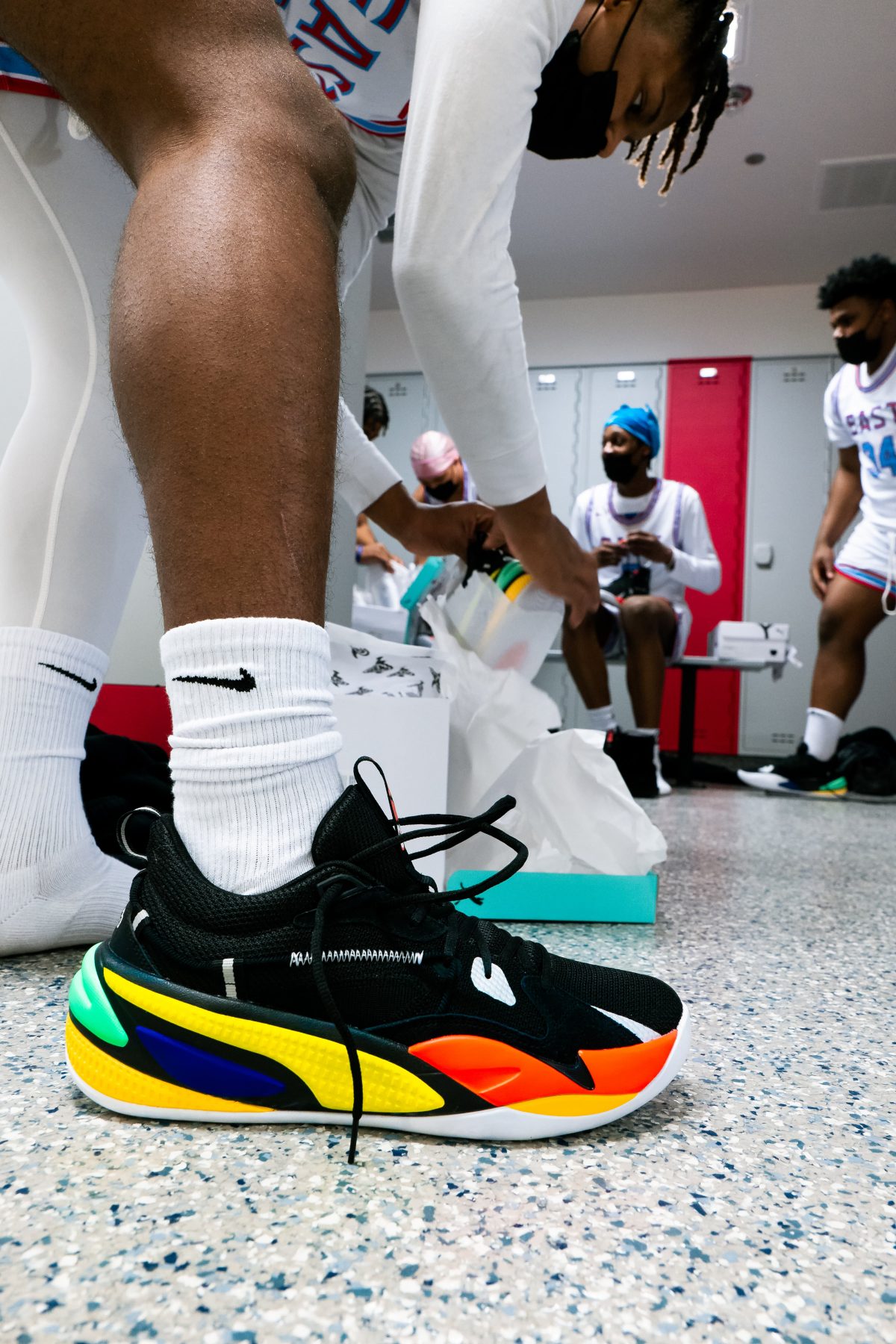 East Anchorage ultimately completed a perfect season by winning its state title game, but its players achieved far more than just a trophy in doing so. Like it or not, East Anchorage left a profound impact on its community — one that will play a major role in how it combats social and racial injustices moving forward.

“The efforts to silence this team’s message of equality weren’t successful and ultimately amplified their voices,” Bullock said. “Not only did this group of young men stick to their beliefs, but they completed a perfect season and became Alaska state champions.”