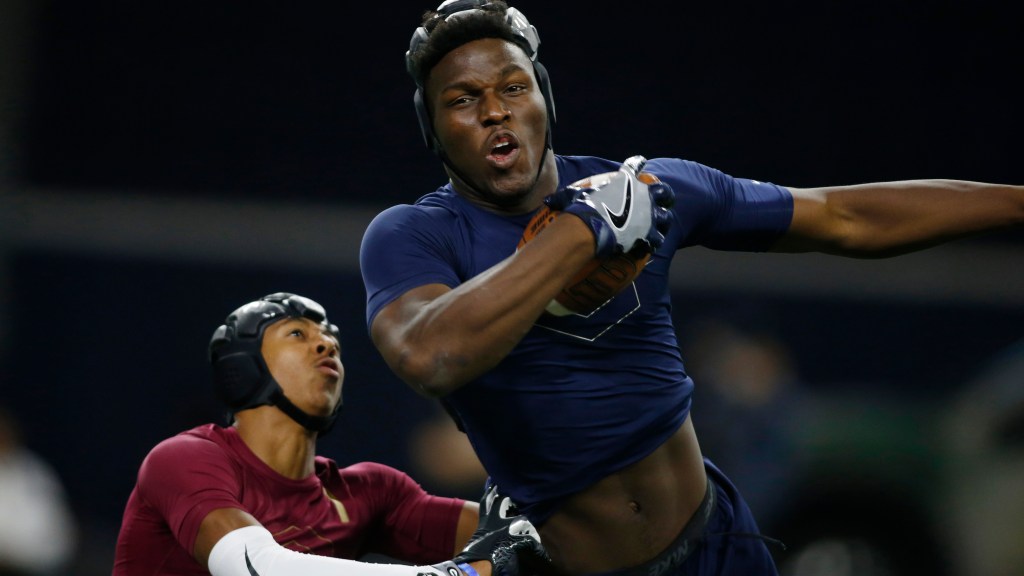 Five-star freshman tight end Arik Gilbert joined Coach Ed Orgeron and the LSU Tigers one season after the team completed a historic run to the national championship. The program appeared to be in complete disarray, as the Tigers suffered the third-largest defeat of a reigning national champ ever just two Saturdays ago to Alabama and rumblings of potential transfers came flying in.

However, the Tigers pulled off the impossible over the weekend, knocking off then No. 6 Florida in ‘The Swamp’. Orgeron and company followed the big win up with a successful signing day, landing what looks to be a Top 5 class overall.

Now, Arik Gilbert is left with a difficult decision to make…

After stepping away from the program for the remainder of the season, the   6’5″, 253-pound superstar is now faced with the choice of staying on ‘The Bayou’ or leaving for greener pastures.

Gilbert is used to success after capping off his high school career with a state championship at Marietta High School and with the news Wednesday from the NCAA that all Division 1 transfers are immediately eligible, it would make perfect sense to leave for a place like Athens.

While a decision to enter the portal by Gilbert is not official as of now, the news is more than likely to happen sooner than later.

Where will the five-star land? Let’s dig in..