Bishop Sycamore gained national notoriety when it duped ESPN into allowing it to play IMG Academy on national television in its second game in three days.

Bishop Sycamore made national headlines after it suffered a 58-0 loss to IMG Academy. ESPN broadcasters openly questioned Bishop Sycamore’s talent level and the health and well-being of its players throughout the broadcast as IMG Academy scored touchdown after touchdown against the Ohio program.

Less than 24 hours after Bishop Sycamore was introduced to the world, multiple media outlets reported on the program’s fraudulent ways. Bishop Sycamore was using fifth and even sixth-year players and lied to ESPN about having Division I talent on its roster. Johnson also had a warrant out for his arrest because of unpaid bills.

“To secure the rights to Roy’s story as the head coach of the Bishop Sycamore High School football team that has gone viral and made national headlines is incredible, especially as it plays out in real-time,” SMAC’s Constance Schwartz-Morini said in an interview with the Hollywood Reporter. “When our head of unscripted, Ethan Lewis, brought this story to Michael and my attention, we knew we could tell it with the gravitas, authenticity and journalistic integrity that it deserves.” 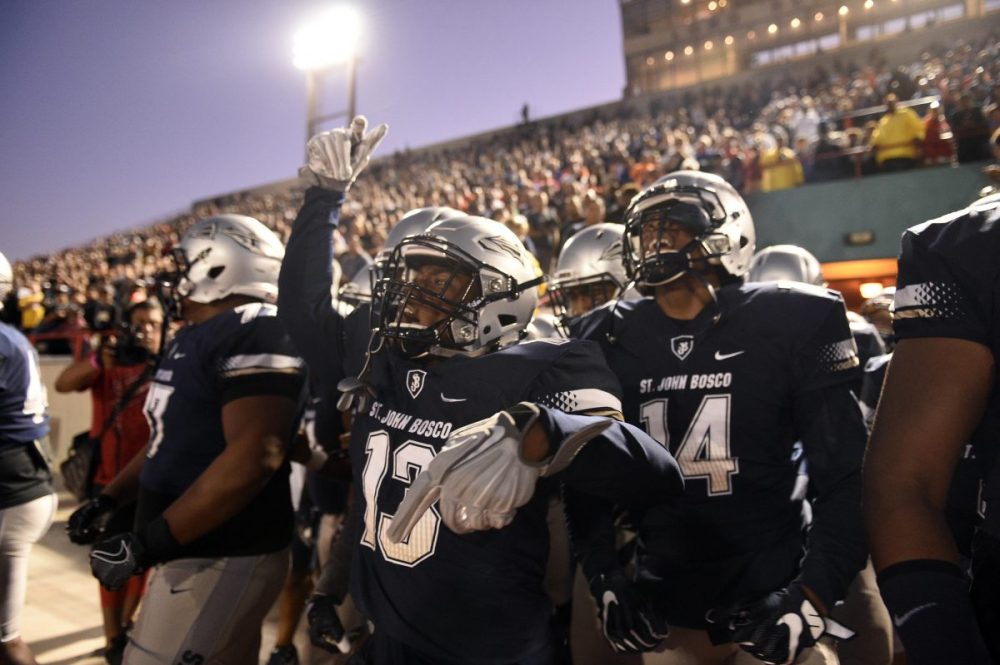