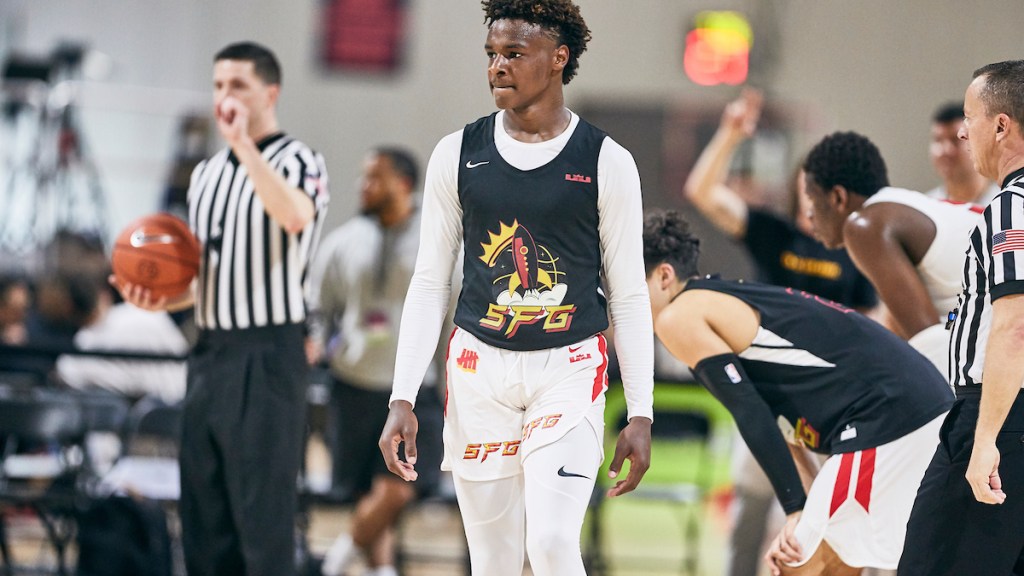 Bronny James is one of the most recognizable names in the class of 2023, but he still has plenty of work to do to ascend to the top of 247Sports’ rankings.

247Sports released its initial class of 2023 top 50 rankings on Wednesday, with James coming in at No. 30. He is also the No. 4 combo guard in his class. DaJuan Wagner Jr., son of former NBA player DaJuan Wagner, claimed the top overall spot in the rankings.

“Athletically, James is impressive, and he’s continued to become more athletic over the last year,” 247Sports’ Evan Daniels said in James’ scouting report. “Where he impresses the most is with his feel for the game, vision and passing. While he’s projecting as an off guard/combo for now, the passing ability makes you wonder if he could eventually slide over to full-time point guard with development.

“James is also an impressive shooter with good shot mechanics. He’s comfortable pulling up for one- and two-dribble pull-ups, and has a lot of potential as a long-range shooter. It’s still early in the process, and ultimately his upside will be determined by his physical and skill growth.”

James, the son of Lakers star LeBron James, has garnered plenty of attention early in his basketball career. Not only does the spotlight shine on him because of his father, but he also plays at Sierra Canyon where, in 2019-20, he played alongside Kentucky recruit BJ Boston, Stanford recruit Ziaire Williams, and Zaire Wade, son of former NBA star Dwayne Wade.

Unlike his father, James might not have the option of bypassing college and going straight to the NBA. Duke is the favorite to secure a commitment from James, as his 247Sports’ Crystal Ball currently reads 100% in favor of the Blue Devils.