The South-West Conference tournaments continue to be impacted by teams withdrawing from its division tournaments.

Bunnell’s boys and girls soccer teams were forced to withdraw from their respective South Division semifinal games Thursday due to COVID-19 cases in the school, which has made the decision to go to remote learning.

”We have withdrawn from tournament play due to going remote and confirmed positive cases of COVID-19,” Bunnell athletic director Wayne Thrall confirmed in an email.

The Bunnell boys were supposed to face Barlow in Redding and the girls team was supposed to play at top seed Notre Dame-Fairfield. So Barlow advances to Saturday’s final while Notre Dame will host its South Division final at noon.

Masuk had to withdraw from Friday’s South Division field hockey final against Immaculate. Masuk athletic director John DeGennaro said it was for COVID-19-related reasons, but declined to specify whether it was related to the feild hockey team.

On Wednesday, DeGennaro confirmed that Masuk’s boys soccer team had to withdraw from the South semifinals Thursday. 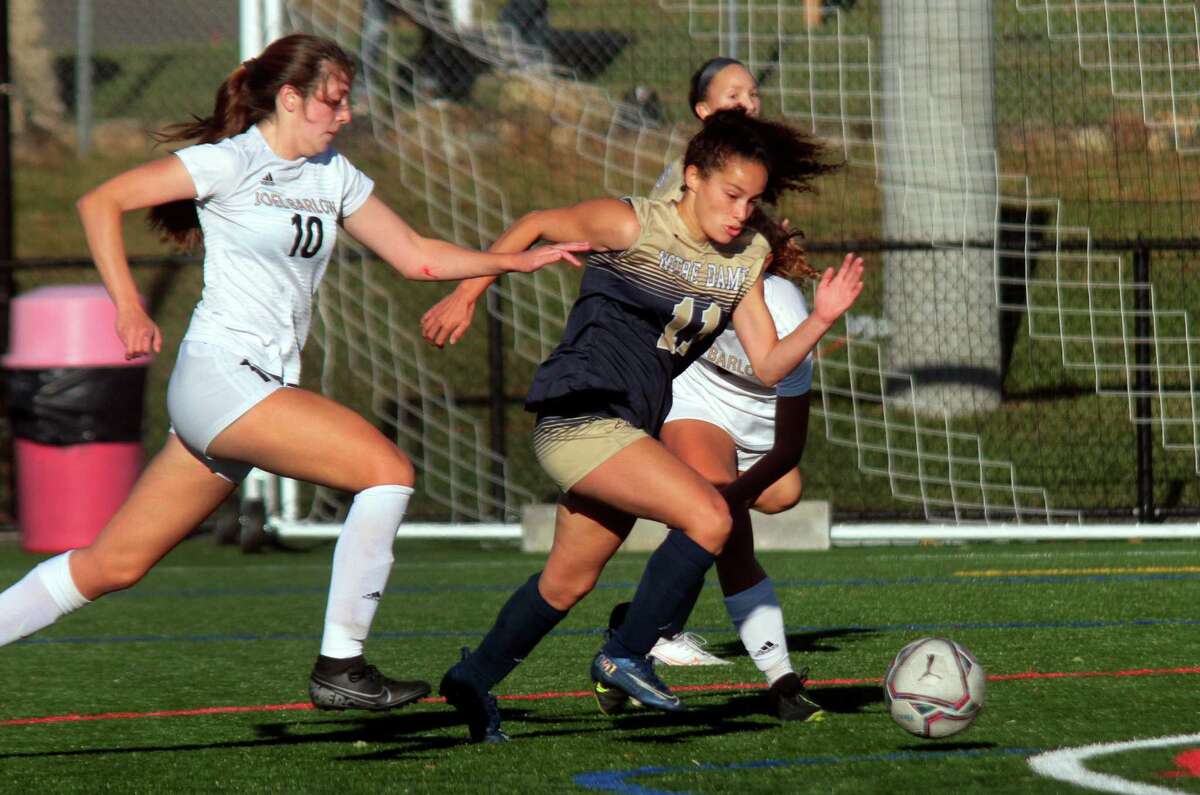 Joel Barlow’s Lisi Chapin, left, chases Notre Dame of Fairfield’s Toni Domingos as she drives the ball toward the goal in an Oct. 8 game.

Weston’s Benjamin Schottmuller, left, and Pomperaug’s Jack O’Brien chase down the ball in the SWC championship game on Nov. 7, 2019.

So instead of Masuk, Barlow, the team Masuk defeated in Monday’s semifinals, will play at top seed Immaculate on Friday at 2 p.m. in the South Division’s field hockey final, both SWC co-commissioner Mark Berkowitz and Immaculate athletic director Nelson Mingachos confirmed.

Barlow will now play at Weston in the South Division boys soccer final on Saturday at 4 p.m.

Previously, Immaculate had to withdraw from the North Division girls soccer tournament due to COVID-cases and Pomperaug sent its JV team to play in the North Division semifinals Thursday night with most of the varsity team quarantining.