No one knows for sure how the winter sports season will play out. The earliest any CIAC team can begin practicing is Jan. 19 due to the COVID-19 pandemic.

All possibilities are on the table, including pushing winter sports to the Second Semester Alternate Season from February to April — or even worse.

“We have to look at the real possibility of (the CIAC) canceling the season altogether,” Wilbur Cross boys basketball coach Kevin Walton said.

A small number of mainly boys basketball coaches have been meeting weekly on a virtual basis for a couple of months — dating back prior to when the CIAC made its decision to move the season back. These coaches are advocating for change, and not just about trying to have some semblance of a winter season.

They say it’s centered around the well-being of the kids, whether that is about how their future is impacted if no season is played or allowing the chance for coaches to work with their kids for an extended period of time during the off-season.

“My goal in being a coach is to give a kid an opportunity to go to the next level (play basketball in college). It doesn’t matter how, my job is to get them there,” Ledyard coach Dave Cornish said. “This is not cheating or trying to recruit kids. It’s about trying to help kids.”

Cornish said he had been talking with Fitch coach Charlie Silvan for some time about trying to pull coaches together for discussions to try to make some changes in the game. 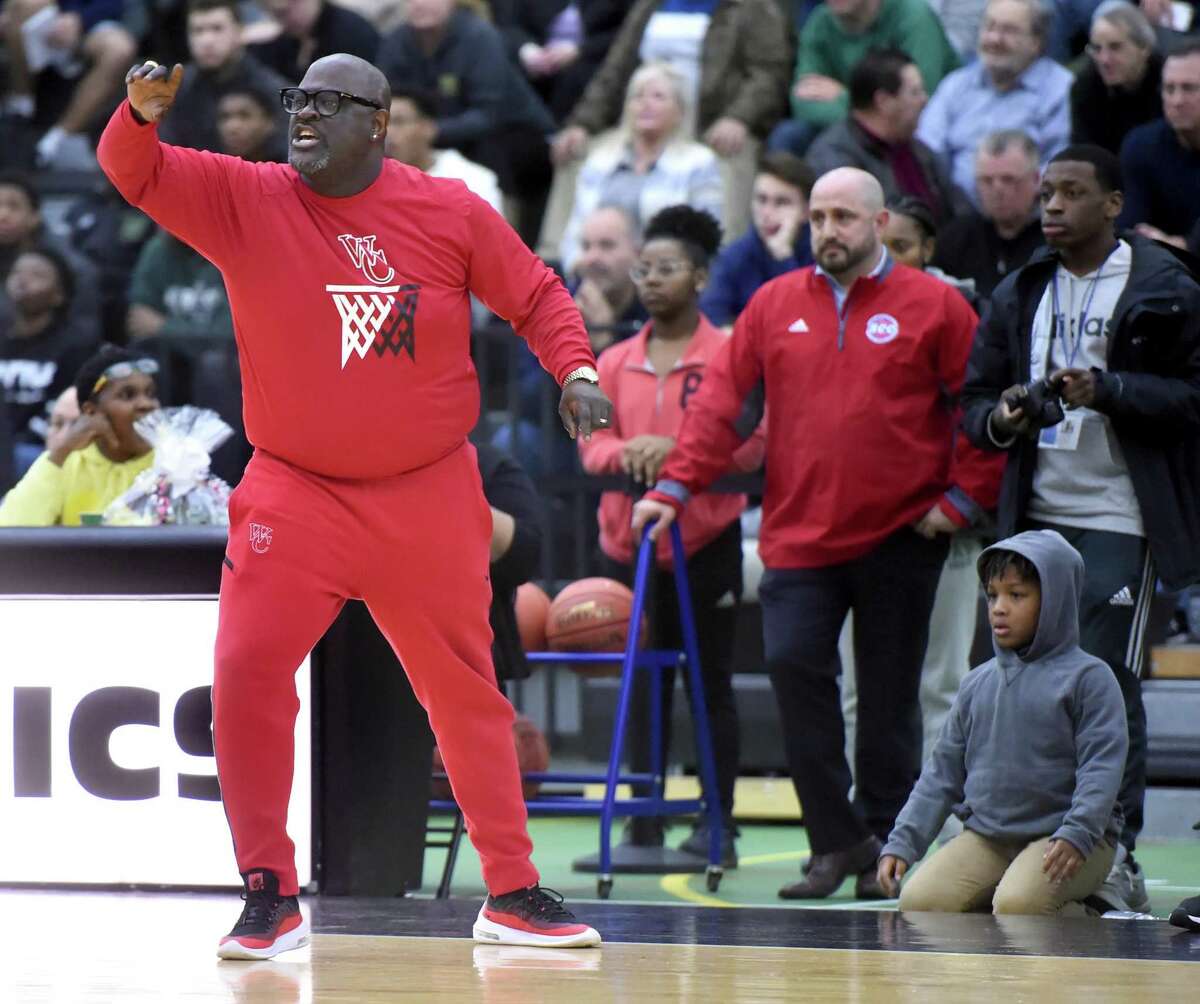 “If we won’t get change now, then we are never getting change,” said Cornish, in reference to the Black Lives Matter movement.

Capital Prep coach Levy Gillespie said anywhere between five or six coaches to around 15, a couple on the girls basketball side, have met weekly to share ideas and discuss how to create change — along with creating racial equity.

“Racial equity deals in how Black people are affected. It also deals with how all people are affected,” Gillespie said. “I honestly would like the powers-that-be to look at a kid in an individual situation and see how they can use education and sports in a way that improves the lives of these student-athletes. What happened in the past can still exist, but things can change and evolve.”

Walton noted he has started a weekly zoom meeting with his team until just before practice can begin — whether it stays Jan. 19 or gets pushed back even further.

He is concerned that some of his top seniors may not get the chance to be seen by coaches if their season is canceled.

“It’s less about coaching and more about caring for our kids and continuing those relationships,” Walton said. “I don’t buy into the notion that kids from the inner city that the only way they go to college is with an athletic scholarship. However, history has shown basketball is a way to get kids to college and pay for college.”

A bone of contention for coaches for years has been the season limitations put on coaching, from December until March for winter sports. They would like to be able to coach at other points of the school year as well, with limitations put on it as need be.

“We are certified to do this, so why not let us do it?” Windsor coach Ken Smith said. “We need some changes.”

Currently, coaches can run off-season conditioning with up to four players at a time, but no skillwork.

Capital Prep is one of a small group of schools across the state that do not play in a conference, instead as an independent. So kids on those teams do not get a chance to make an all-conference team.

It also may impact them for all-state consideration, Gillespie said, because players aren’t being seen by a lot of teams.

“These are things people don’t think about because it is not a concern of theirs,” Gillespie said.

Once the group of coaches come up with a consensus of ideas, they will then draft a letter for each individual coach to give to their athletic director or principal and also to the CIAC.

Wth high school sports having changed plenty due to the COVID-19 pandemic this particular group of coaches said it sees it as an opportunity to express ideas they believe could benefit basketball players years from now, not just present day.

“We don’t want this to be an adversarial relationship. We want the support of athletic directors and the CIAC,” Walton said. “We want this to be a partnership and for us to have some say in some of these things, It’s a good opportunity for that to happen now.”

Said Gillespie: “It has to be more than us. A small group of people won’t necessarily bring about change. Everyone has to see what the problems are. This impacts all kids. When groups come together and feel like it impacts everyone involved, that’s when change happens.”