There was resignation, determination, some frustration. And a day after the CIAC’s Board of Control decided there wouldn’t be winter high school athletics in the state for two months, there were still more questions than answers on Wednesday about what things will look like come Jan. 19.

“I think across the state, everybody understands. As adults, we understand,” New Milford wrestling coach Chris Piel said.

“It isn’t what we want. Every Monday after Thanksgiving is usually the first day of practice. It’s going to be kind of weird not to do that. But as long as we’re able to start in January, and/or the spring, and get these kids some kind of season.”

Wrestling was in its own limbo coming into the week. The state Department of Public Health put it in the higher-risk category for transmitting the novel coronavirus, and those sports aren’t supposed to be played until Jan. 1 at earliest.

The CIAC also pushed back all its lower- and moderate-risk sports in its Tuesday meeting. 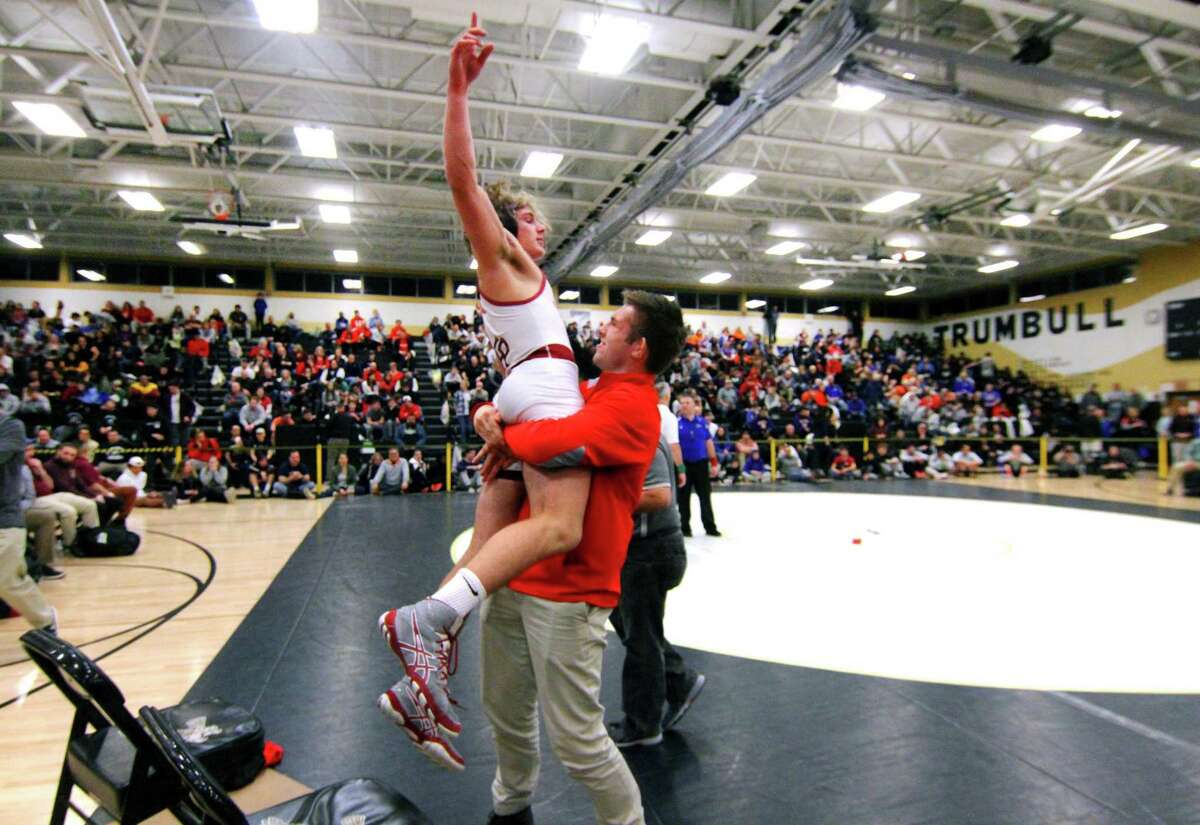 “I’m disappointed for our coaches and kids right now, but when we look in three or four weeks, we’re going to all see they made the right call,” Newtown athletic director Matt Memoli said.

The state’s metrics are up, with hospitalizations doubled in two weeks (816 at Wednesday’s report) and deaths averaging about 10 a day for a similar period. Some schools have gone to full-time remote learning, some for staffing issues because of quarantines, others for direct COVID-19-case reasons.

“(The CIAC keeps) being the bearer of bad news, but they made the right call. There’s a date we can work toward,” Memoli said.

For Fairfield Prep hockey coach Matt Sather, there’s a bit of disappointment in that date. Understanding the state’s precarious COVID-19 condition, he wishes coaches could do more actual coaching in the meantime.

“We’re still stuck in this conditioning mode, which certainly for our sport is essentially impossible,” Sather said. “You can’t drop that kind of money on ice time not to have a stick in your hands. The other frustration is the lack of clarity, what the season will look like should they decide to go.”

Sather’s preference would’ve been one of two options, with a call on Jan. 4 depending on the COVID-19 outlook: Cancel the season outright or start a 14-game season to end in mid-March.

“To say we’re pushing the decision to early January with no guidance and no ability to actually coach the kids — I don’t know about basketball, but hockey, it really opens the door to kids essentially choosing some other things.”

Sather’s concerns matched the buzz around the SCC, commissioner Al Carbone said: Whether teams could practice and prepare, and what the season would look like come January.

Teams can condition if their schools and towns and administrators allow it. Practices, though, are supposed to wait until Jan. 19.

“There’s an athletic directors meeting tomorrow,” Carbone said. “We’ll see what people anticipate being allowed to do. It’s all about the colors now, where your town is in the colors.”

Most towns are in the red, under public health alert with 15 cases per 100,000 population.

“The virus and the numbers are going to dictate what we’re doing here,” Norwalk athletic director Doug Marchetti said. “As much as we want things to change and be different, right now, we’re heading in the wrong direction unfortunately. As a community here in Norwalk, we have to act accordingly, and as a state governing body, the CIAC has to act accordingly.”

Schedules will be remade a second time; the CIAC set a framework for a slightly shorter winter season than usual on Oct. 15, leaving room for an alternative season in March and April for sports that didn’t complete the bulk of their seasons (right now, that’s tackle football) and room for a full spring season, since last spring’s athletes lost their entire season.

The Board of Control is next set to meet on Dec. 3, where it could set the new framework for winter, spring and the alternative season in between.

FCIAC commissioner Dave Schulz said his conference’s schedules are made, but they’re not public yet because he fears they will have to be changed.

Fall had its own challenges, delayed a bit, shortened and remade into regional schedules. There are lessons for this new winter season, Carbone said.

“We learned how we have to approach it: What districts have what policies, how we have to align divisions,” Carbone said. “Everyone was supportive and open to change. They were flexible. That’s what’s going to make it successful.”

“It is indoors. That’s a challenge we didn’t have in the fall.”

The Department of Public Health recommended indoor moderate-risk play only with modifications like masks. There are concerns about how all that will work (Piel worried about masks in wrestling: “I’ve seen kids get fingers caught in singlets and get hurt,” he said) and what facilities will be available (New Haven’s Floyd Little Athletic Center isn’t open yet, but facility director Erik Patchkofsky, also the New Haven Public Schools athletic director, said they were prepared for that).

Through it all, administrators have tried to stress staying positive.

“You want them to have some kind of season. Anything they can get. They need each other,” McMahon athletic director John Cross said. “The kids need the coaches, the coaches need the kids and the kids need each other. The whole school needs sports. School spirit is so low right now and a big part of that is because of what’s happening with sports.”