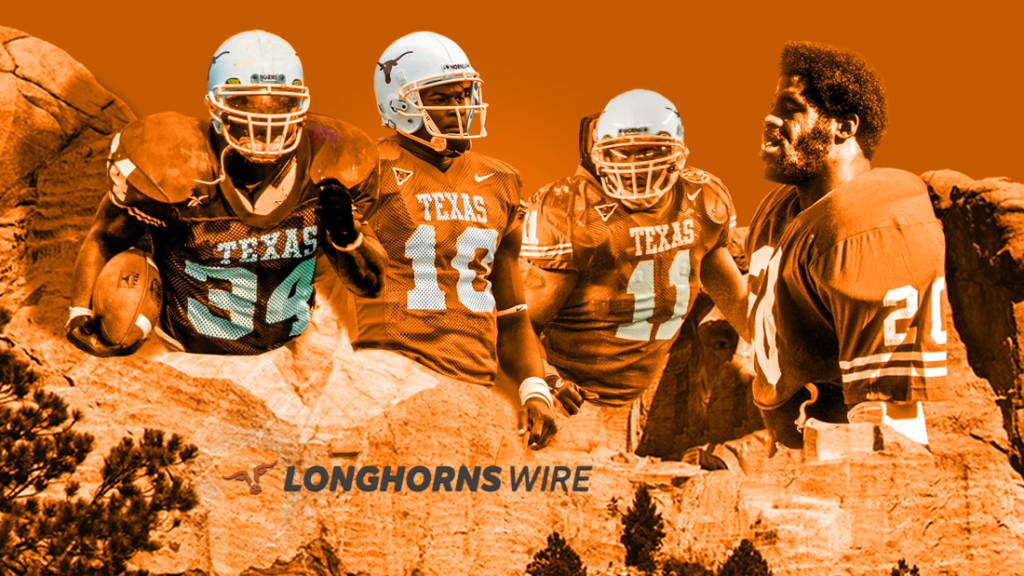 The Texas Longhorns and head coach Tom Herman are preparing for the early period signing day on Dec. 16. This comes just four days after their 2020 college football season finale. The Longhorns have finished with three top-10 classes in as many seasons according to 247Sports composite rankings.

In the first two full cycle classes of the Tom Herman era, the Longhorns snagged the No. 3 ranking in both years.

The first class was led by the five-star safety tandem of Caden Sterns and B.J. Foster. They were also the No. 1 and No. 2 players in the Lone Star State.

The following year, the Longhorns landed Bru McCoy, who was the No. 1 wide receiver in the country. Unfortunately, he transferred out. The second was a top athlete recruit, Jordan Whittington. Again the Longhorns finished tops in the conference and No. 3 in the nation.

This past year, the class was led by five-star running back Bijan Robinson and defensive tackle Alfred Collins. Top quarterback Hudson Hard was not far behind as the No. 7 recruit in Texas. These three classes gave the Longhorns one of the five most talented rosters in the country.

Herman will look to secure another top-20 class by February.

Next: We take a look at the honorable mentions for the best Texas recruits