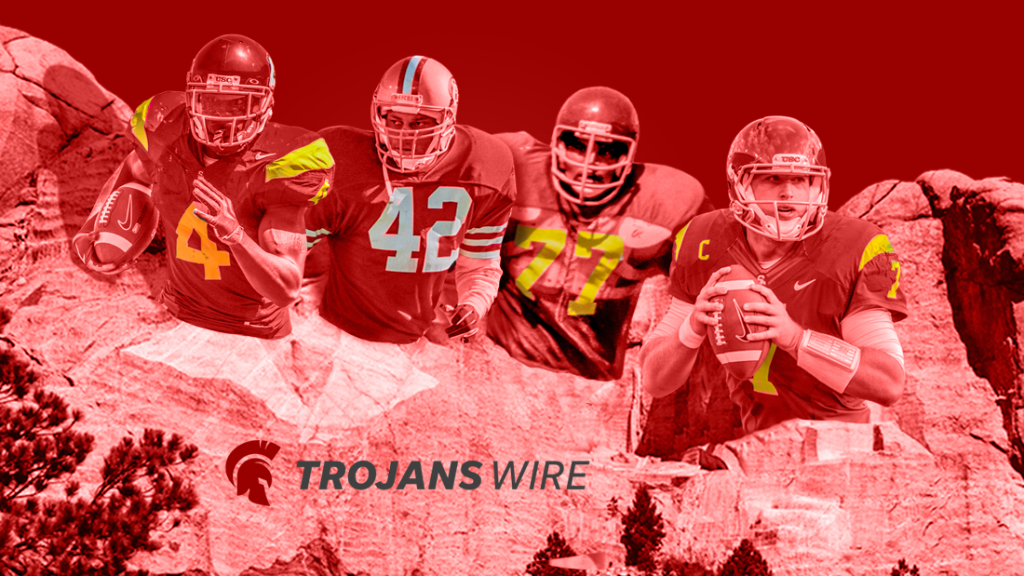 When considering a college football program’s greatest recruits, it is natural to find NFL Hall of Famers on the list. Yet, a list of all-time recruits can also contain players who didn’t rise to superstardom in either the college or pro ranks.

The Mount Rushmore of USC football recruits — as is the case for most other elite college football programs in the United States — contains a mixture of program-shaping icons and players who didn’t fully pan out. The main metric used to arrive at this list is not the player’s college or professional stats, but the recruiting rankings assigned to the player.

Naturally, since recruiting rankings have not existed throughout college football history — certainly not with the specificity and granularity that exist today, in a modern context — it is harder to assign a precise rating to older recruits. One can, however, arrive at a general assessment of a recruit’s value in long-ago decades by piecing together the details of that player’s recruitment and the program’s status at the time of recruitment.

Given that USC football has enjoyed multiple dynastic periods separated by decades, it seems appropriate to acknowledge recent recruits from the Pete Carroll years, but also the best recruits from the late John McKay and first-term John Robinson years. (Robinson had a second tenure at USC in the 1990s, but his first go-round represented the height of USC’s power, carrying on what McKay originally built in the 1960s.)

NEXT: Let the debate begin with honorable mentions