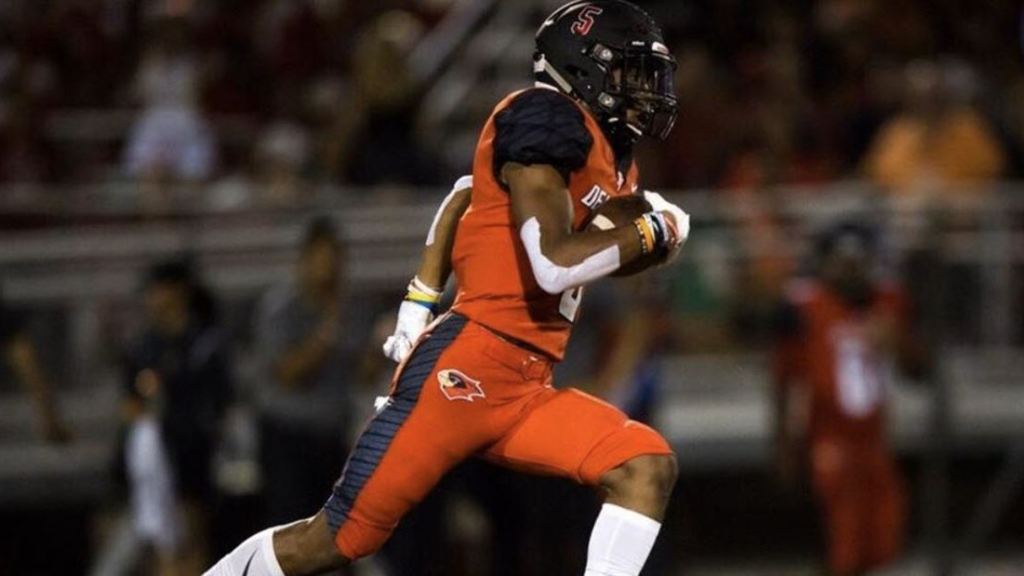 Caleb Burton, the No. 1 wide receiver in the class of 2022 according to 247Sports, is out for the remainder of his junior year after suffering a knee injury.

“Due to an injury in my first junior game of the season, I will be out for the remainder of the year,” Burton said. “I am looking forward to coming back stronger and better.”

247Sports’ rankings have Burton as the No. 8 overall recruit in the class of 2022, No. 1 among wide receiver and the No. 2 prospect in Texas. With almost 40 reported offers from the likes of Alabama, Auburn, Clemson, Florida, Georgia, LSU, Michigan, Notre Dame, Ohio State, Oklahoma, Oregon, Penn State, Texas, Texas A&M and USC, he is one of the most coveted recruits in his class.

“Good frame potential for typical outside receiver prospect,” 247Sports’ Gabe Brooks said in Burton’s scouting report. “Flashes impressive timing and high-pointing ability on contested throws. Meets the ball at the apex. Adjusts well with encouraging body control. Gets off the line quickly and on top of corners in a hurry. Shows impressive burst and acceleration. Dangerous in catch-and-run situations.

“Generally a good hands catcher. Good football pedigree. Adequate to above-average on-field long speed but can get faster at the top end. Among the top prospects in Texas for the 2022 class. Possesses all-conference potential with long-term NFL Draft ceiling.”