Throughout his storied boys basketball coaching career at St. Joseph High School, coach Vito Montelli filled scrapbooks with newspaper clippings about everything that happened with his program.

He also kept additional notes on the many players he coached. Montelli coached at St. Joseph for a half-century, so you can imagine how much he kept filed away.

“Anything written about a player or about the team I kept,” Montelli said. “I kept a lot of what happened during the seasons. I also had little notes on the side about my players.”

Those scrapbooks and notes helped Chris Elsberry’s cause when he accepted Montelli’s offer to write a biography on the legendary coach.

That was about three years ago, Elsberry said. The book, titled ‘God, Family & Basketball’, was published this month.

“He was very meticulous. He wrote down everything,” Elsberry said. “It’s all about the relationships. If you talk to Chris Watts (a former player and assistant coach at St. Joseph who succeeded Montelli) or anyone else involved with Vito and they would say the same thing. Xs and Os are way down the list in what this he tried to do with is players.”

Elsberry, a former longtime writer for the Connecticut Post and Hearst Connecticut Media, said Montelli “literally typed pages of his thoughts and recollections. It made it a lot easier to put the book together.” 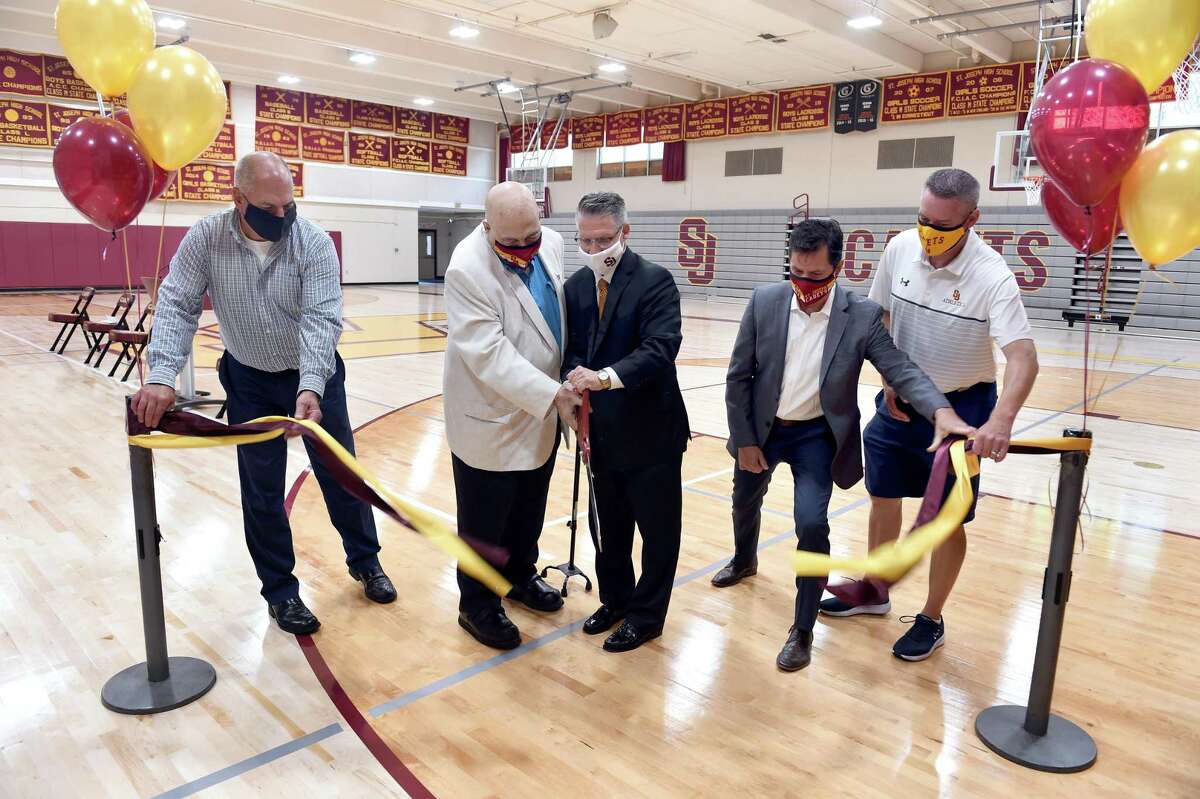 St. Joseph coach Vito Montelli talks to his team during a 2009 game against Bassick.

The book is 167 pages in paperback, published by Hilltop30 Publishing Group, LLC.

“I went at least 20 times (to Montelli’s home) and the average interview was two hours. I’d sit at his kitchen table with my tape recorder,” Elsberry said.

The 88-year-old Montelli has established plenty of relationships throughout his time at St. Joseph. A number of them — mainly former players — not only have a voice in the book, but also still keep in touch with Montelli.

“I always wanted them to know I was there if they needed me for anything,” Montelli said. “I got it in their heads that, ‘If I am really hurting, I can call Coach and he will tell me what I can do.’ I like to think I accomplished that with every kid I ever had.”

Former players who have kept in touch over the years include Watts, Doremus Bennerman, Marvin Sadler, Carey Wilson, Mike Donnelly and Timajh Parker-Rivera.

“He quickly became a parent to a lot of them. The relationship didn’t end when practice was over at 5 o’clock,” said Tommy Montelli, who also played for his dad in the mid-to-late 1980s. “He was an instrumental part of their lives. Even when it wasn’t basketball season, even when they were out of high school and into college, he had woven himself into their lives.”

Others like John Calipari — yes the men’s basketball coach at the University of Kentucky — and Seth Davis, of the Athletic and CBS Sports, formerly of the New Haven Register, have maintained friendships with Montelli for decades. You’ll hear plenty from both men in the book. Davis wrote the foreward.

“If you touched his life, then you were a part of his life forever,” Elsberry said.

Chapter 10 of the book is titled, “What’s an hour out of a lifetime?” Montelli had often brought his entire team to the wake or funeral of a player’s parent, or a teacher at the school.

Vito Montelli spent the last three years of his mother’s life visiting her multiple times per day at Maefair Health Care Center in Trumbull. Soon after his mom passed away in 2003, Montelli brought the entire team to Maefair on Christmas Eve. They brought gifts and sang Christmas carols to the patients. Montelli continued to do this annually.

The coaches who have succeeded Montelli at St. Joseph have also taken the team to Maefair, according to Elsberry. Montelli said that chapter title was in the running for the title of the book.

“I always tried to emphasize to kids that there were other things in life that were important,” Montelli said.

Of course there is plenty of basketball in the book, some of the key moments on the road to a CIAC-record 878 victories and 11 state championships. There is even a chapter dedicated to his best team — but you will have to read the book to get that piece of information.

There will be a book signing on Saturday, Nov. 14 at St. Joseph between 2-4 p.m. The book is $20. For those who cannot attend the signing, they can email [email protected] to try and purchase a copy.