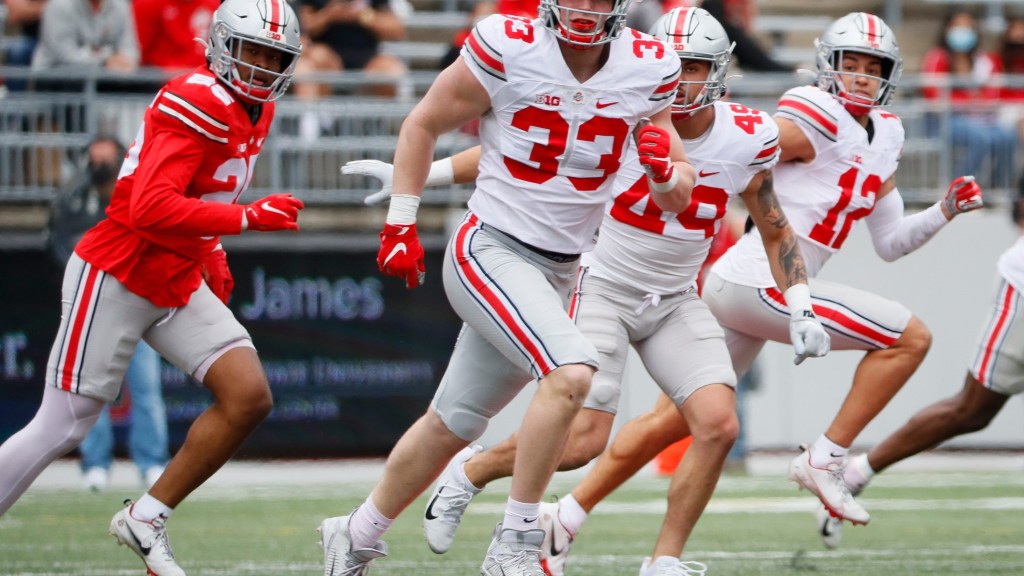 Head coach Ryan Day and the Ohio State football team are hot on the trails of the 2022 and 2023 recruiting classes. However, there is one more big fish they’re hoping to snag in the class of 2021 … the big fella from Sammamish, Washington, J.T. Tuimoloau.

Tuimoloau took his long-awaited visit to Columbus this past weekend after the NCAA finally lifted the extended dead period due to COVID-19. From the sounds of it, Ohio State was everything Tuimoloau and his family had expected and more.

Much was made of OSU coaches and a few players showing up at the John Glenn International Airport to greet Tuimoloau. The players were all wearing jersey No. 33, Tuimoloau’s high school number. Many (mostly Alabama fan sites) cried the move reeked of desperation. However, there may be more to the story.

If you remember, another highly touted Buckeye recruit wore No. 33 in the spring game. Jack Sawyer is the No. 4 overall rated player in the 2021 class and has been on campus since January as an early enrollee. Just a few days ago, Sawyer switched to his old high school No. 40.

It was an odd move for a freshman not even into his first fall season. Could this mean the prized Tuimoloau is heading to Columbus?

It’s all speculation at this point. The defensive end and his family have been extremely quiet throughout the recruiting process. And, of course, Tuimoloau is still scheduled to visit Nick Saban and Alabama in the coming days.

But we can dream. Imagine Sawyer and Tuimoloau on each side of the defensive line. That would be a nightmare scenario for any offense.

We should know soon where the No. 3 prospect in the land according to the 247Sports composite rankings will call home, and Buckeye Nation is keeping its fingers crossed.