As it stands, LSU has just one player committed in the 2023 recruiting cycle. This isn’t ideal, but it’s understandable given how chaotic the first few months of work were for Brian Kelly.

Now with the staff complete and the 2022 class out of the way, attention shifts to 2023.

Pair that with the end of the NCAA’s dead period on Tuesday, and recruiting is really about to heat up. For LSU, that starts this weekend as they will host their annual junior day, where a significant amount of top prospects will be in attendance.

That lone commit is wide receiver Omarion Miller. The Vivian, Louisiana native committed to LSU back in August of 2021. Despite all the chaos and movement surrounding the program, he’s held strong in his pledge to LSU.

Miller will be in attendance as that lone commit. He recently spoke to Billy Embody of On3 about his recruitment and upcoming visit to LSU (subscription required).

“I’m looking to see everything because this is my first time getting over there,” Miller told On3.

He also mentioned that he’d be recruiting players such as blue-chip linebacker Jaiden Ausberry.

It’s not rare to see the first commitment in a class take on a recruiter role. Recruiting is often like dominoes, and Miller has the opportunity to be the one that causes the rest to fall for Brian Kelly and his staff.

According to the 247Sports Composite, Miller ranks as the 19th best receiver in next year’s class and the seventh-best player in Louisiana. LSU needs a strong receiver class after only signing one in the 2022 cycle. 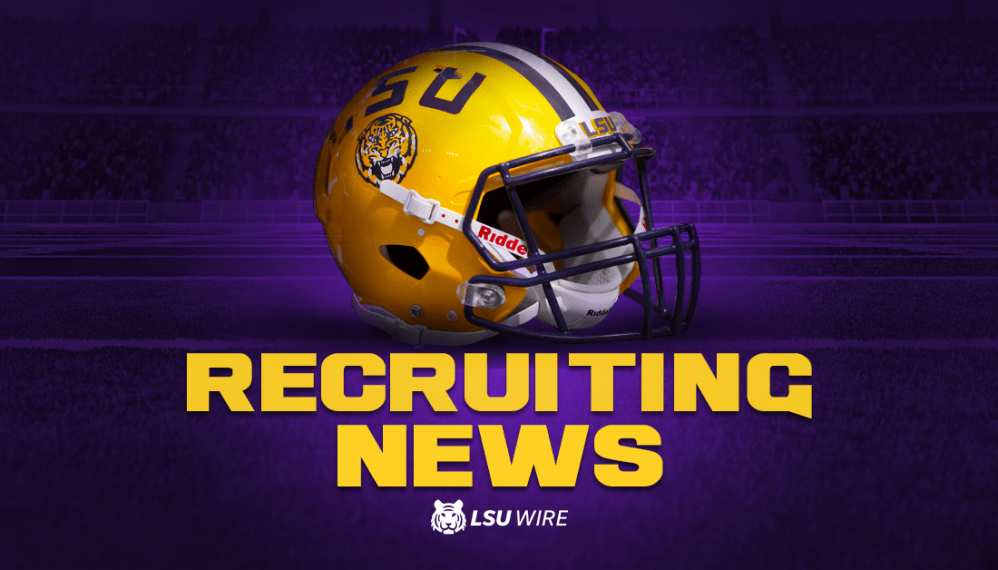