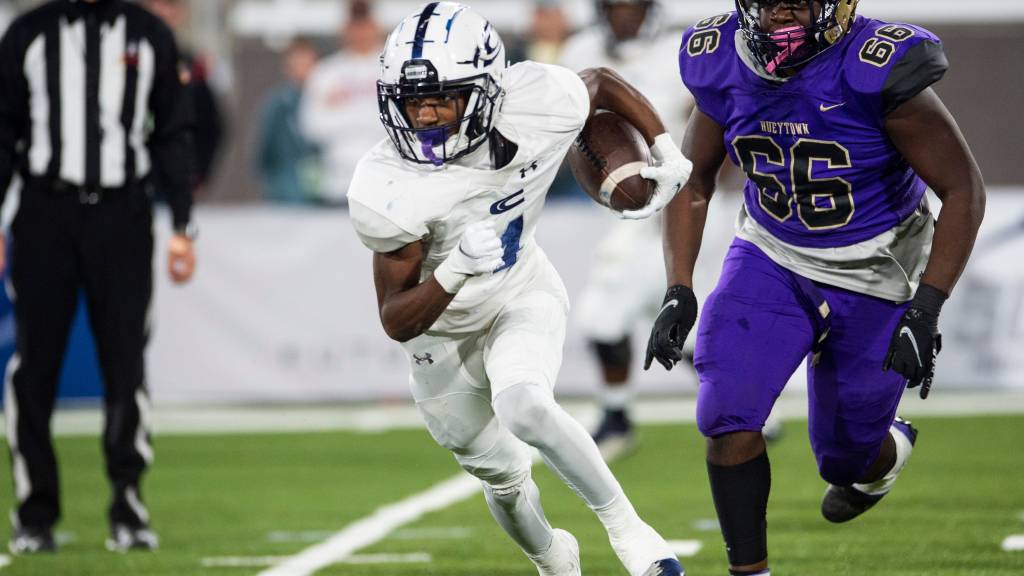 It’s been said multiple times already but it bears repeating once more: Oklahoma’s spring game was a raging success. The on-field product gave a glimpse at what we to expect from the 2022 version of the Oklahoma Sooners.

In the midst of that, the Sooners hosted a plethora of recruits from all pockets of the country. Recruits across the next three recruiting cycles were in attendance as Sooners of the past littered the sidelines, adding to an already amazing atmosphere.

One of the visitors from this week may have liked Oklahoma quite a bit, so much so that the Sooners landed a Crystal Ball prediction from OUInsider’s Parker Thune.

While he isn’t the biggest receiver, Craver’s calling card is undoubtedly his speed. Thune’s prediction comes with a 7/10 confidence level, which is a pretty for a recruit that has only had his offer for less than two months.

This was Craver’s second visit to Oklahoma as he came in March for one of Oklahoma’s Junior day weekends. Craver is also the high school teammate of another player the Sooners have hosted for an unofficial visit, four-star 2024 DB Jaylen Mbakwe.