The future of the Penn State secondary looks to be in pretty decent shape heading into the 2022 season and beyond. Despite some roster turnover this offseason with the departures of Jaquan Brisker and Tariq Castro-Fields, Penn State’s secondary depth appears to have the collective unit be one of the more reliable strengths on the defensive side of the football in the 2022 season. But for those keeping an eye on the future, a potential recruiting prize is coming off a solid weekend at a 7-on-7 tournament in Atlanta.

DaKaari Nelson, of Selma, Alabama, was among the players highlighted as a top performer at the Pylon 7-on-7 tournament in Atlanta this past weekend, as noted by 247Sports. This was the second year Nelson attended the tournament, and he was noted as a player who went from being a breakthrough performer a year ago to one of the top defensive performers this year.

Last year, Nelson kind of had a coming out [party] at Pylon Atlanta as he burst onto the scene by creating a bunch of takeaways for GasCrew Elite. The rising senior out of Selma (Ala.) did the same exact thing over the weekend while also scoring roughly a half dozen touchdowns while doubling as a wide receiver. Nelson, who is high on Clemson, Tennessee and Penn State, checks a lot of the right boxes off with his 6-foot-3, 210 pound frame. He also takes the right angles more times than not when coming down hill.

As noted by 247Sports, Nelson is reportedly high on the Nittany Lions as he continues to work through the early stages of his recruiting process. The Class of 2023 four-star defensive back does hold an offer from Penn State among the many in his collection. At this time, no official visit has been confirmed to have been scheduled, although his recruiting profile does not have any confirmed scheduled visits on record just yet.

Time will tell just how well Penn State stacks up in the recruiting process for Nelson, but it should be encouraging to see one of the top performers at a showcase event like this reportedly has Penn State high up on his list. 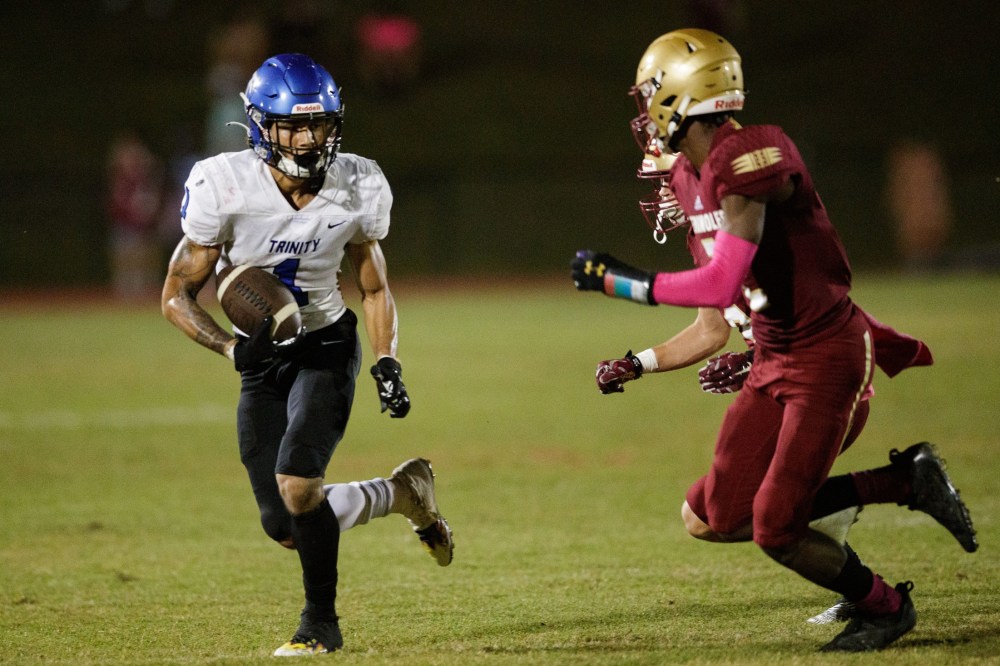 Let us know your thoughts by leaving a comment on this story below. Join the conversation today.