Several SCC teams will not compete in league tournaments

The Southern Connecticut Conference boys and girls soccer tournaments beginning next week will be impacted by several teams not being able to compete.

The following soccer teams are not participating in next week’s tournaments, according to SCC commissioner Al Carbone: The girls teams from Amity, Lauralton Hall and Career/Hillhouse and the boys teams from Sheehan, Branford, Wilbur Cross and Career/Hillhouse. Also not participating next week is the Sacred Heart Academy field hockey team and the Hamden girls volleyball team.

When asked if these cases were all due to COVID-19 situation, Carbone said, “I was alerted by schools about their teams not being able to play. I don’t know if they have cases or if they are required to quarantine. They will not be able to play within this next week.”

Carbone also mentioned that the Xavier boys soccer team had to cancel its regular-season finale Friday against Hand, but will use its JV team for competition next week.

Carbone said he began receiving calls from schools on Thursday afternoon and it continued throughout the day on Friday. 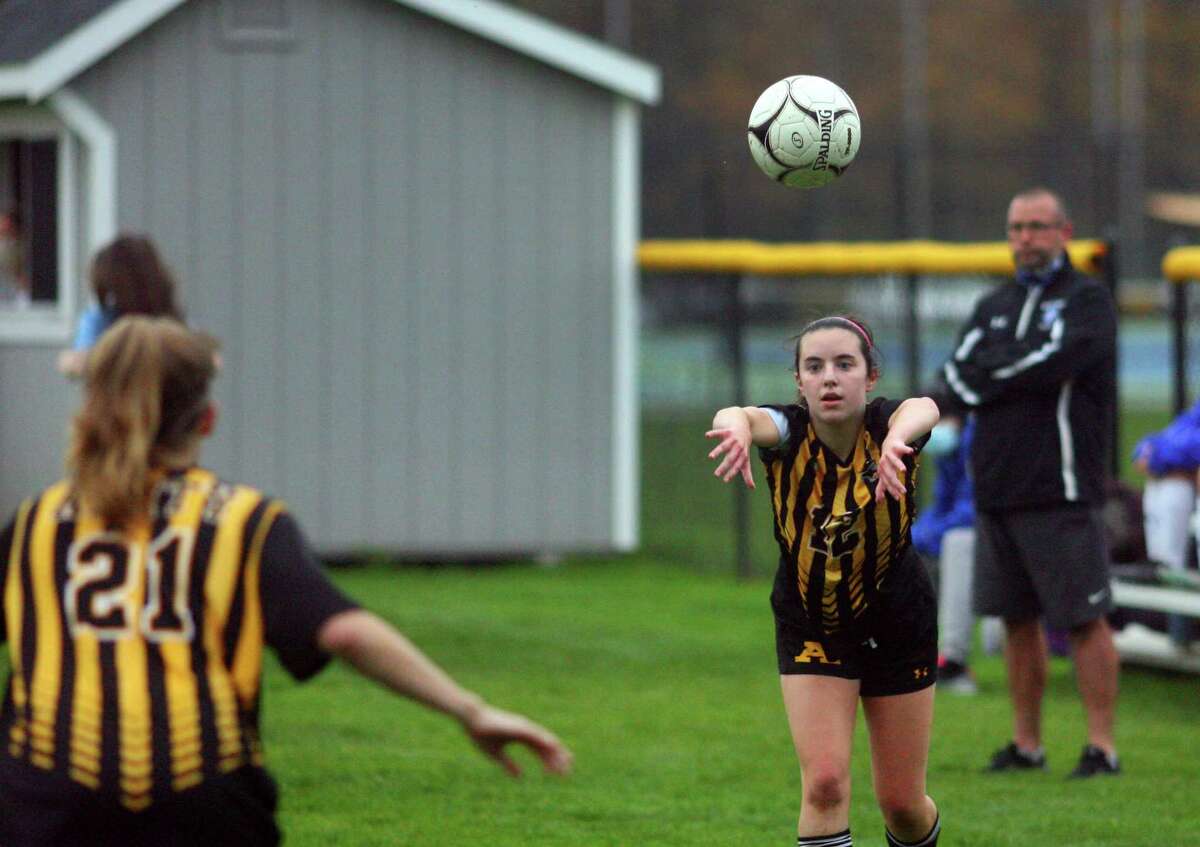 Amity competes in a girls soccer match against West Haven in Woodbridge in October.

Amity girls soccer coach Owen Quigley during a game against West Haven in Woodbridge in October.

“We went into this season knowing at any point we could stop, react and we’ve done that by changing schedules during the regular season,” Carbone said. “Our goal is to get to the postseason tournament as quickly as we can and all of our schools are very aware of that.”

Platt Tech and Whitney Tech, both of which were playing in the SCC just this fall due to the region setup, previously opted out of playing in any SCC tournaments. The programs struggled throughout the regular season.

The soccer tournaments, originally scheduled to end on Nov. 16-17, will now conclude between Nov. 12-14. One boys division has just three teams left: East Haven, Guilford and Hand. East Haven and Guilford will square off on Tuesday with the winner facing Hand at the Surf Club Thursday.

The field hockey tournament opens Saturday. The semifinals will be held Monday and the finals in the A and B Divisions will be on Wednesday, likely at the home sites.

The girls volleyball playoffs begin on Monday and will conclude on Friday. All championship finals for all sports will be held at the higher seed.

“All I would be doing (by having neutral sites) is creating another variable I don’t have control over, whether you can allow two sets of fans, have video capabilities, or go to a college campus and pay rental fees,” Carbone said.

In every SCC tournament game played, no matter the sports, the higher-seeded team will dictate the spectator policy, according to Carbone.