Shepaug co-op out of hockey season; others watch for modifications, Governor’s scrutiny

For all the uncertainty and wait-and-see that surrounds high school sports during the COVID-19 pandemic, there is one unfortunate firm fact: The Shepaug co-op doesn’t plan to play hockey this season.

Nonnewaug, a piece of the co-op that also includes Thomaston and Litchfield, won’t allow co-op teams this year, said Mike Gorra, who recently stepped down after 17 years as coach. The players will likely play together on a youth hockey team.

“So far we’ve got 14 kids committed,” Gorra said. “The decision was just made at the beginning of this week.”

Gorra expects the co-op to return for CIAC boys hockey in 2021-22; as Hearst Connecticut Media reported last week, other schools in co-ops may have similar decisions to make for this season. But meanwhile, everybody else awaits a go-ahead for 2020-21 from the CIAC and what, if any, changes will come to how they play the game.

And this comes as youth hockey gets more intense scrutiny, with one local rink shut down and two New England states putting their rinks on pause.

The CIAC moved up and shortened the winter season, planning to play games as soon as Dec. 7 and finish a state tournament by Feb. 21 to make room for an “alternative season” to follow for sports that didn’t play the bulk of a fall season. Right now, that’s tackle football, canceled in September. It could include winter sports as well.

The hope was to have information to give each winter sport a go or no-go by Nov. 10. That’s likely to be later.

“We’re basically in a waiting game,” said Henry Rondon, the CIAC’s staff representative on the hockey committee. “There are a lot of unknowns. It all comes down to going through the process.” 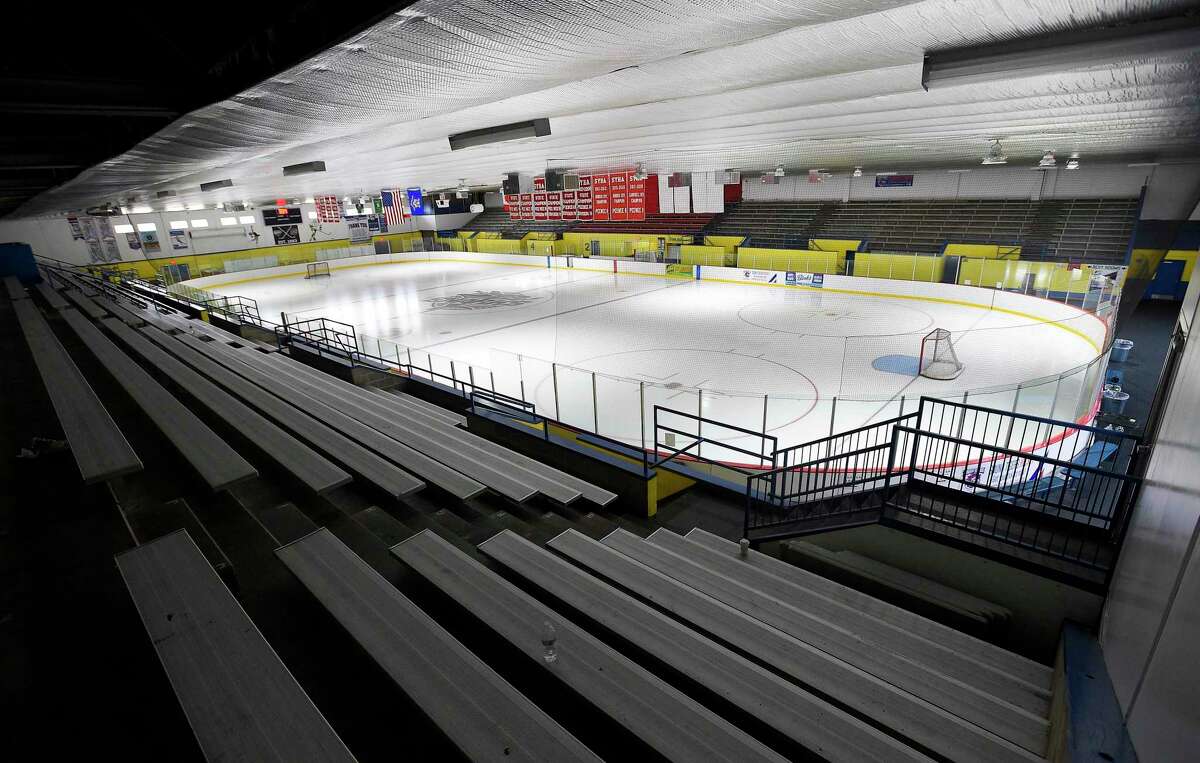 It remains to be seen if rinks like Terry Conners in Stamford will be hosting high school hockey games this season as teams await word from the CIAC.

It remains to be seen if rinks like Terry Conners in Stamford will be hosting high school hockey games this season as teams await word from the CIAC.

Due to the pandemic, it seems unlikely Ingalls Rink will host any CIAC playoff games this season.

Due to the pandemic, it seems unlikely Ingalls Rink will host any CIAC playoff games this season.

If the season happens, it will look different right to the end. The CIAC has played its semifinals and finals at Ingalls Rink since 1999. A generation of high school players has grown up hoping to “make it to the Whale.”

They’ll be playing elsewhere, sites to be determined, perhaps depending on whether spectators will be welcome by then or not. College and many prep-school venues are closed to CIAC teams right now, GameTimeCT reported last week.

Trumbull coach Greg Maxey, who’s on the committee, said most teams have figured out where they’ll play and practice, but the Housatonic co-op is an exception. Housatonic coach Dean Diamond isn’t sure if Hotchkiss will let the co-op use its rink, at least before January. That could mean a lot of road games and looking for other places to practice. (Shepaug would’ve faced a similar dilemma.)

“If we did a 16-game season, all away games, that’d lessen my stress level,” Diamond said with a laugh.

Transportation will be an issue, whether on a bus (or buses) or by car, especially if dressing rooms are closed and players have to travel in gear.

Everyone has to be flexible, Fairfield Prep coach Matt Sather said.

“My message to the boys all along has been ‘you’re making small sacrifices so you have the opportunity to have a great season.’ I think the message is sinking in,” Sather said, “especially when they see the football players walking around, they see how quickly it can be taken away.”

Out-of-state games are out of the question this year; Fairfield Prep loses seven games, including dates with Mount Saint Charles (R.I.) and Boston power Catholic Memorial.

Rearranging the schedule (with four fewer games) was “sort of a painstaking process,” Sather said. Figuring out how to run tryouts safely will be another one. Implementing any mitigation strategies that the CIAC may require this season? One more.

There’s no official word yet on modifications, if any. The CIAC was to discuss them with its own sports medicine committee and the state Department of Public Health, which last month put hockey in a group that would require modifications to go on in the winter.

Massachusetts youth hockey has required centermen to wear face coverings for faceoffs, and the idea has bounced around Connecticut circles.

Not that there’s youth hockey in Massachusetts right now: The state shut down its rinks for two weeks after “at least 30 clusters of COVID-19 associated with organized ice hockey activities.” New Hampshire plans to return to play on Friday after two weeks, but the state is requiring players, staff and officials to be tested at least once by Nov. 6.

“As I implied before, most of it is not necessarily related to checking and skating on the ice. Most of it’s related to all that happens before the game and after the game, especially when it comes to tournaments,” Lamont said Monday.

“To be blunt, we’re talking to Massachusetts, New York and our neighbors about what to do about these tournaments. We’ll have a judgment on that pretty soon, working with the leagues, by the way.”

GameTimeCT was at the same time contacting health directors in districts around Fairfield and New Haven Counties that have hockey rinks. Most have not responded. Ridgefield, Milford and West Haven responded they’d seen no recent spread around their rinks. David Knauf, Darien’s director of health, said he hadn’t heard any reports of spread at the rink in town, but there were infections of Darien athletes that had been traced to rinks out of town, including Northford.

Maxey, who is also hockey director at The Rinks at Shelton, says local infections around rinks are “minor blips.”

“The state has laid the guidance out. If you don’t adhere, it’s going to be a problem,” Maxey said. “Some (rinks) do a really good job, taking temperatures coming in, separating kids, not giving locker-room access. But each rink seems to be tackling it a little differently, and they are all different.”