Lamont said 17 school closures were due to sports team contacts, and 29 outbreaks were attributed to sports teams. He added that 235 teachers have had to quarantine due to a member of a sports team.

Effective on Monday, Lamont announced, all club and other team sports must pause all activities until Jan. 19, matching the date the Connecticut Interscholastic Athletic Conference announced Tuesday to begin winter sports practices.

“I love sports. We were all in high school. I know how important that is for young kids,” Lamont said. “Even if it’s an abbreviated season that starts later, that’s worth it, as long as we can do it safely.

“You’d like to think that by the end of January, we’re making some progress (with COVID-19 treatments and vaccines).”

The state Department of Economic and Community Development posted the new sector rules for sports on its website Friday. Sanctioned intercollegiate athletics and professional sports are exempt from the rules, though college club sports are subject to them. 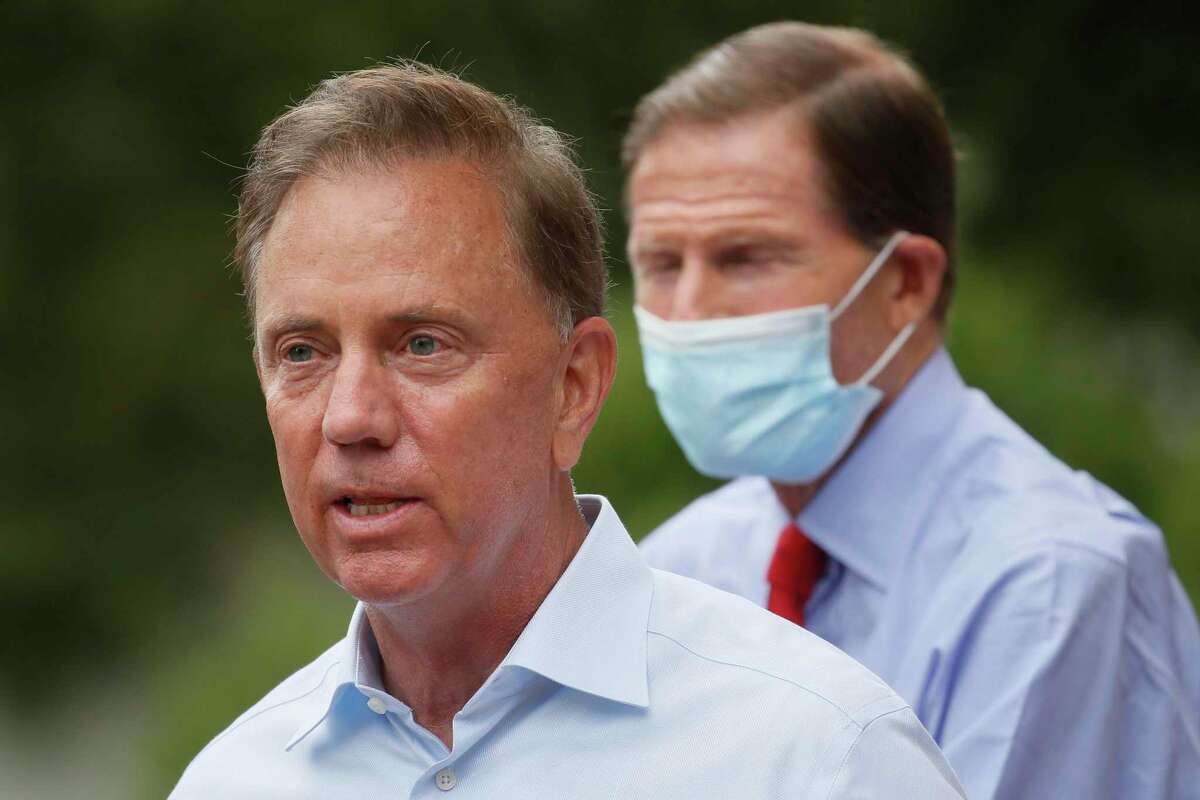 The CIAC announced Tuesday that winter sports practices must wait until Jan. 19 to begin.

The CIAC announced Tuesday that winter sports practices must wait until Jan. 19 to begin.

CIAC executive director Glenn Lungarini speaks to parents and athletes at the CIAC offices in Cheshire on Aug. 20.

The rules prohibit participation in sports deemed higher-risk for transmitting respiratory particles: wrestling, martial arts, boxing, 11-on-11 football, competitive cheer and dance, boys lacrosse and rugby. Lamont announced two weeks ago that competition in those sports would shut down at least through the end of December.

No scrimmages, camps, competitions, clinics or tournaments involving four or more people — including pickup games — are allowed in-state. The rules add that teams are not allowed to break up into four-person groups at the same time and location to keep practicing or playing.

Outdoor recreation activities, as defined on the DECD reopening site, remain OK, as are small-group training, low- or moderate-risk sports that involve four or fewer people, group fitness classes (at 25% capacity) and school gym classes. Masks are required in gyms and fitness classes.

CIAC executive director Glenn Lungarini said last week that the organization didn’t compile the number of games that schools had to postpone or reschedule in their fall sports season, which officially ends Saturday, though many conferences wrapped up last week. He said the CIAC did collect data on quarantines, whether schools continued play if they went to distance learning, and other data on COVID-19 cases and their sources.

Most of that data hasn’t been made available yet, but when the CIAC announced its winter postponement on Tuesday, Lungarini said it “saw a total of seven positive cases that, through local DPH tracing, led back to CIAC or school-sanctioned sports or practices.

“I think our strategies and the work of our athletic directors, the adherence of our coaches and our athletes was exceptional,” he added. “We’re very proud and happy that we were able to give that experience to approximately 30,000 kids this fall.”

The state announced its 100,000th case of COVID-19 in Friday’s report, with 848 patients hospitalized. Friday’s report added 23 COVID-related deaths, up to 4,828 in all; 91 for the past seven days made it the worst week since mid-June.