Every year, there are non-Power Five schools that upset teams with Final Four aspirations. Whether it be No. 16 UMBC knocking off No. 1 Virginia in 2018, Ja Morant and No. 12 Murray State defeating No. 5 Marquette in 2019, or No. 14 Abilene Christian beating No. 3 Texas in 2021—there are constant reminders of why the NCAA Tournament is called March Madness.

What’s rarer is for one of these teams to win a second game. Typically, after a massive upset, the low-seeded team takes a loss the following game and walks off with respect. But after No. 15 Oral Roberts bucked that trend last year by beating No. 2 Ohio State and No. 7 Florida, Saint Peter’s followed suit.

The Peacocks became the third 15th-seed to advance to the Sweet 16 when they took down No. 2 Kentucky and No. 7 Murray State in the first two rounds of the NCAA Tournament.

Local paper NJ.com called it “the greatest Cinderella in NCAA Tournament history.” Head coach Shaheen Holloway had a run-through-the-wall-type quote when he said, “I got guys from New Jersey and New York City. You think we’re scared of anything?”

“I’ve got guys from New Jersey and New York City. You think we’re scared of anything?”

How did these players end up at Saint Peter’s? When Kentucky is built on the back of five-star talent, how did this team of athletes who had minimal recruiting attention emerge victoriously and then do so again two days later?

Here’s a rundown of players and their high school careers, beginning with the players who started the first two NCAA Tournament games, in alphabetical order. All recruiting information is from VerbalCommits unless otherwise indicated. 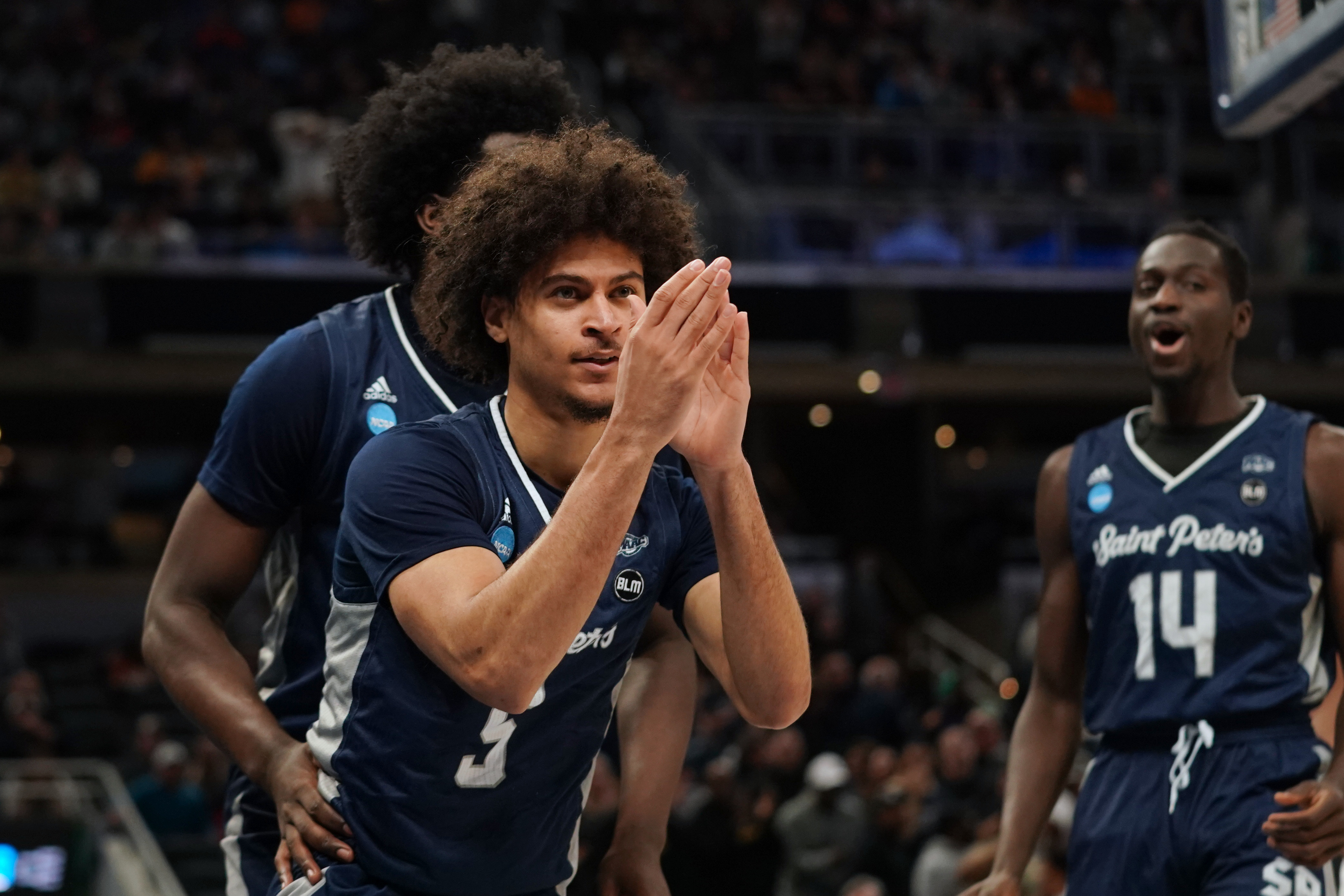 Starting guard Daryl Banks III led Saint Peters in scoring during the year and posted 27 against Kentucky, but he only had a pair of offers coming out of The Patrick School in Los Angeles. Wagner was the only other team who threw its name into the hat.

At The Patrick School, Banks was a two-year captain and once posted 43 points, a career-high, according to his Saint Peter’s bio. 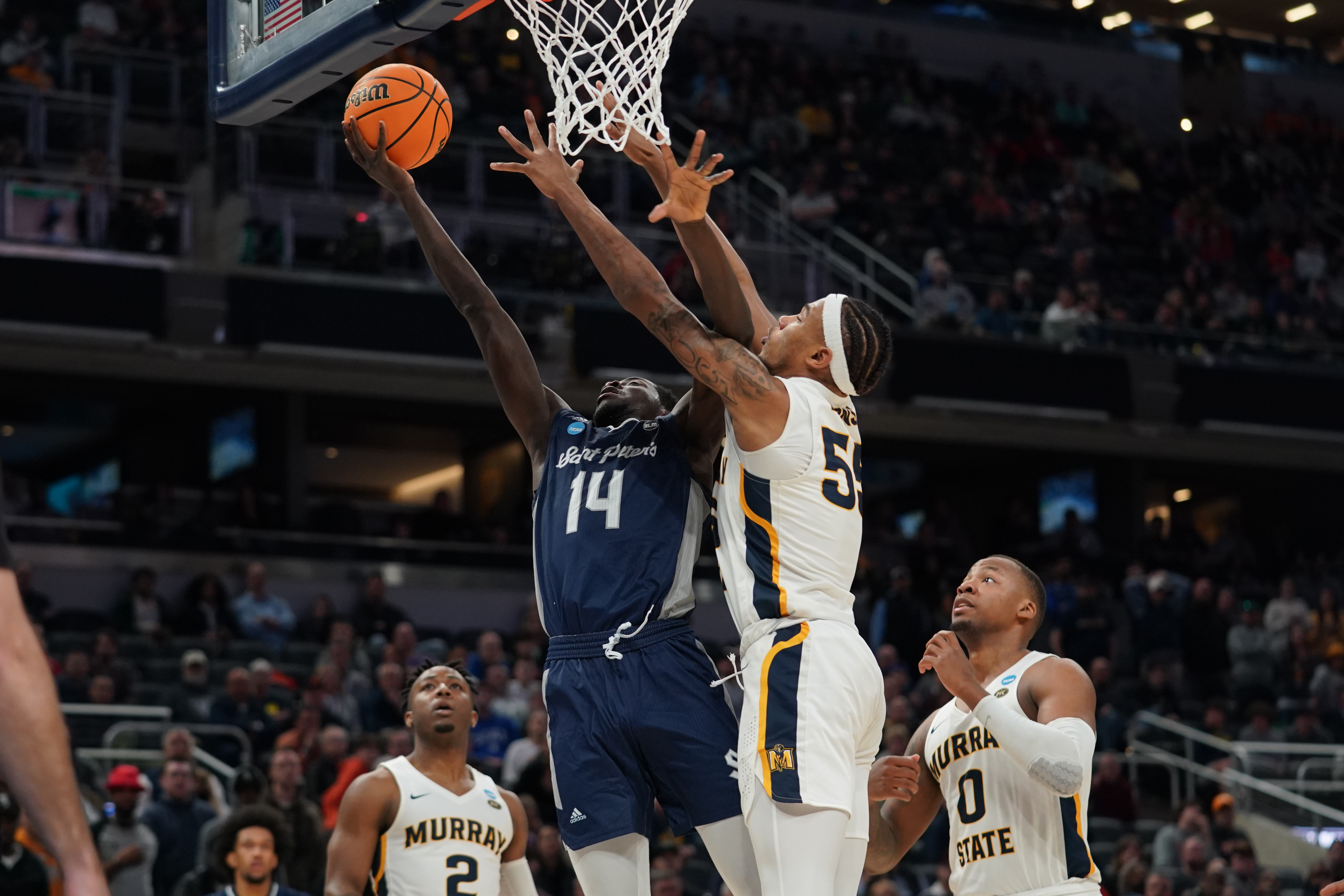 Much of Hassan Drame’s pre-university success came in FIBA play. He and his twin, Fousseyni Drame, helped Mali make an appearance in the FIBA U19 Basketball World Cup 2019 championship. In that tournament, Hassan led the team in steals while averaging 10.6 points, 7.3 rebounds and 3.3 assists, according to Saint Peter’s.

It sparked minimal recruiting attention, though, and the Peacocks were the only team to offer Hassan. The two enrolled at St. Peter’s. 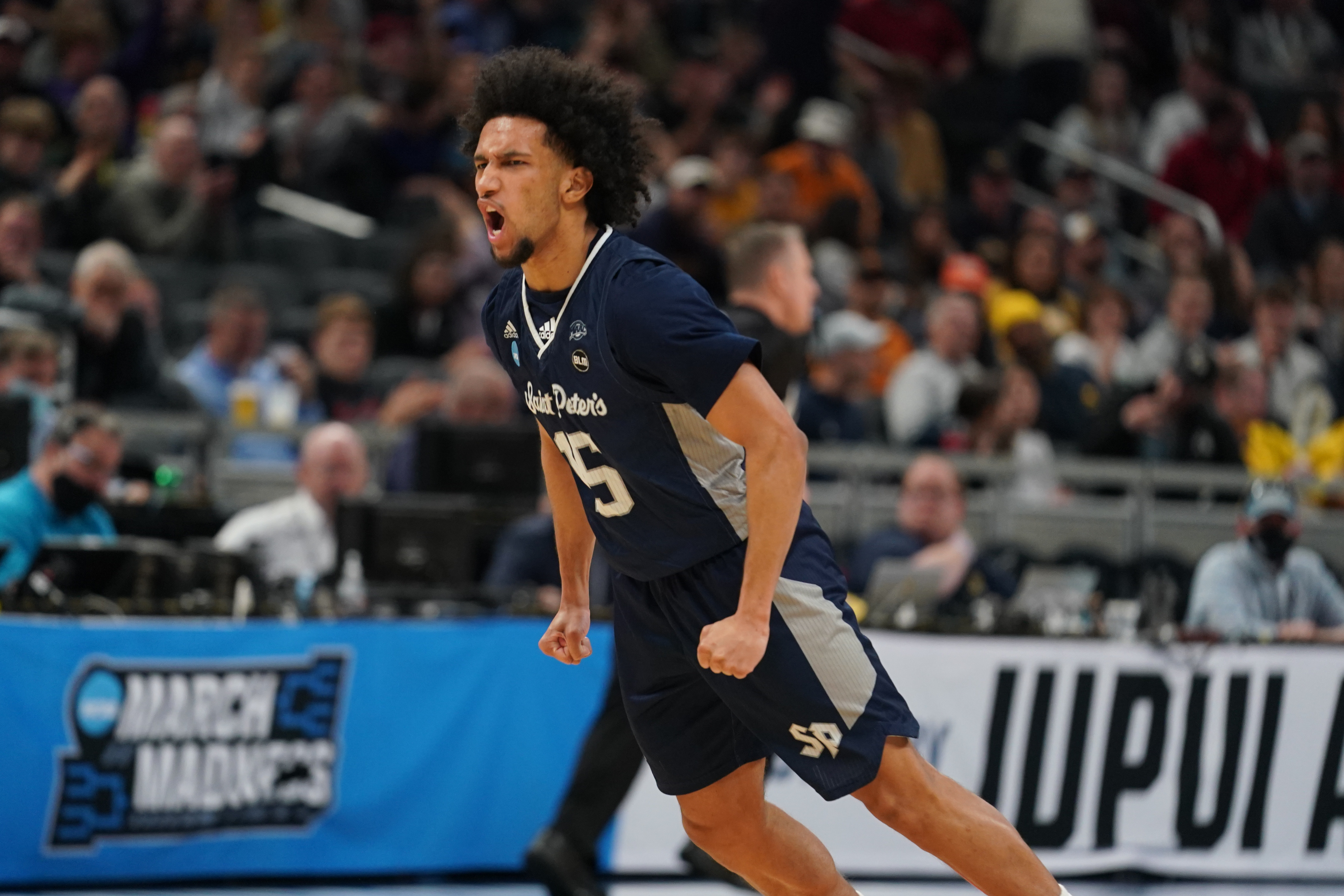 Matthew Lee had the familial line with his father, Alfred Lee, who was the first Puerto Rico-born athlete to play in the NBA. He had the stats, posting 25 points, 8.3 assists and 5.4 rebounds per game for Dohn Prep in Cincinnati, according to Saint Peter’s. But when recruiting rolled around, Saint Peter’s was the only school to offer.

Listed as a two-star prospect, he enrolled with the Peacocks in 2019. This season, he led the team in assists and has posted four in both NCAA Tournament games. 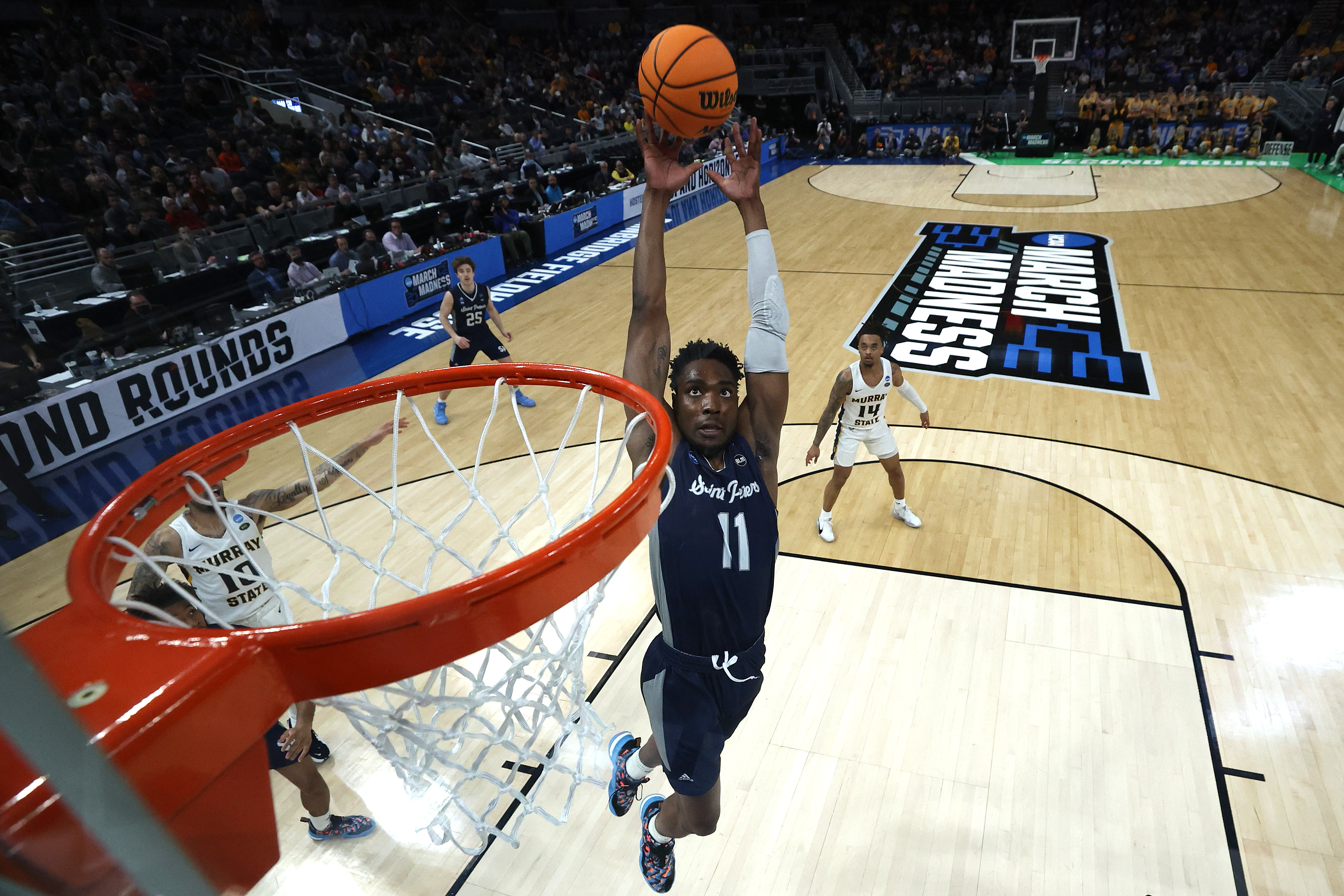 K.C. Ndefo helped lead Elmont Memorial (N.Y.) High School to a state championship and a Nassau Championship, the latter of which he hit a game-winner in the championship game and finished with 22 points, 14 rebounds and five blocks.

He transferred to Abraham Lincoln High School (Brooklyn, N.Y.), where he averaged 14 points and nine rebounds per game. However, he was ruled ineligible during the season, bringing his high school career to an early close.

Despite the hardware and success, Ndefo could not garner serious recruiting attention. His only offer came from St. Peter’s. He was stellar for the Peacocks this season, this season averaging 10.8 points, 2.8 blocks and 1.2 steals while recording the second-most assists on the team. 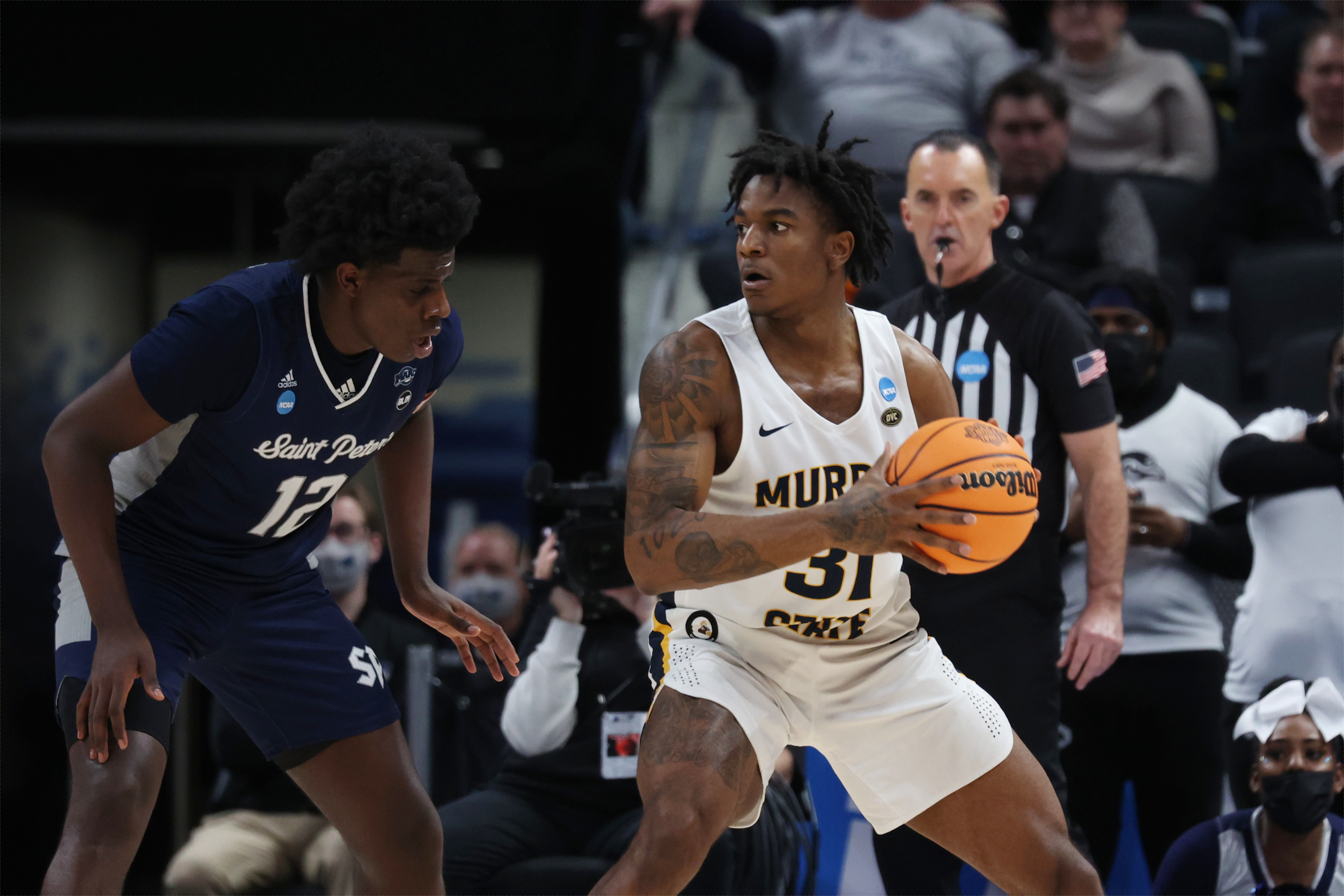 Despite being a freshman, Clarence Rupert got the start in both of the first two March Madness games. The forward had individual and team accolades alike in high school, winning a state title and being named Class 5 state player of the year as a sophomore with Maury (Norfolk, Va.) before transferring to the Miller School Of Albemarle (Charlottesville, Va.) and posting 20.3 points per game as a junior, according to The Virginian-Pilot.

Rupert received some legitimate attention. Rivals ranked him as a three-star player and 247Sports recorded five offers while VerbalCommits noted 10 offers in addition to Saint Peter’s.

He only averaged 13 minutes per game during the season and has not reached 20 in the tournament, but indications show he can be a key player for the team down the road. 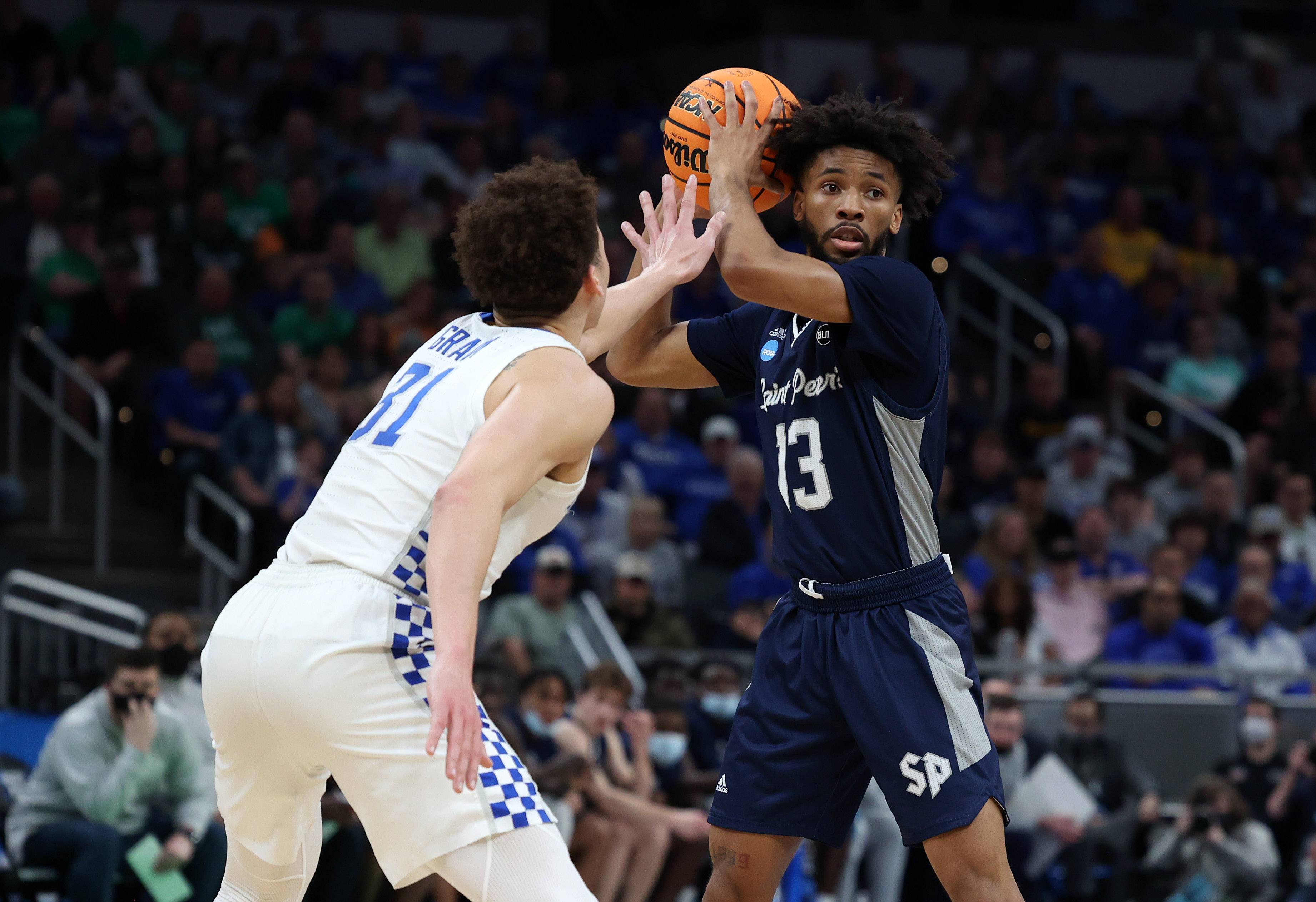 After recording more than 1,400 points over his three-year high school career and becoming an All-State player, Isiah Dasher enrolled at the State College of Florida. He played there for two years, averaging 16.5 points and 5.4 rebounds as a freshman and then 15.6 points, 5.0 rebounds and 3.6 points as a sophomore.

He then spent a year at Portland before transferring to Saint Peter’s. With the Peacocks, he averaged about five points in 18 minutes per game. 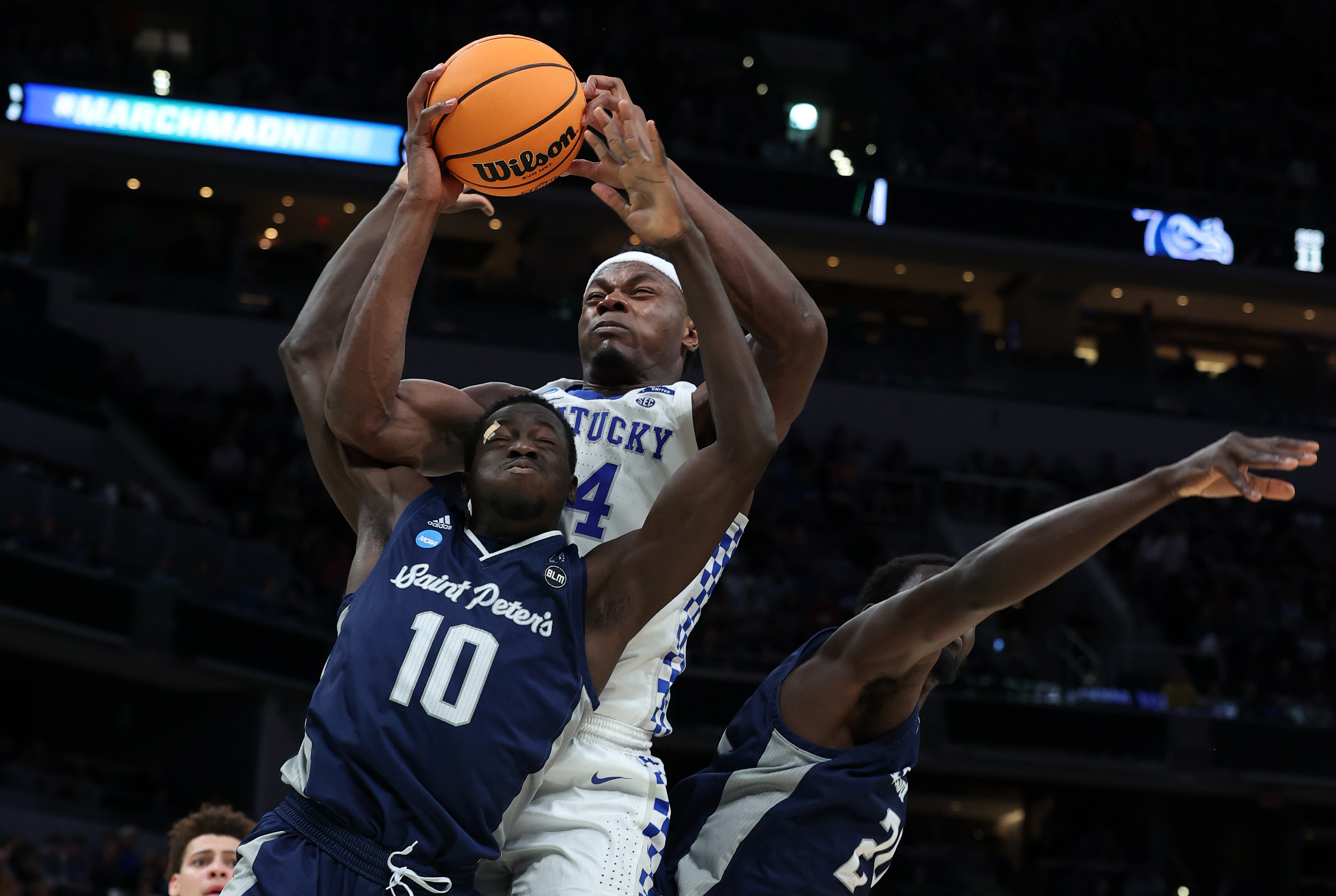 While brother Hassan only received one offer, Fousseyni Drame got more recruiting attention. He led his high school team in scoring twice and posted 12 points, nine rebounds, and 2.3 assists per game during the U19 Basketball World Cup 2019.

VerbalCommits shows he had offers from five schools including Rutgers and Tulane, while 247Sports said there was interest but no offers from a handful of other programs. 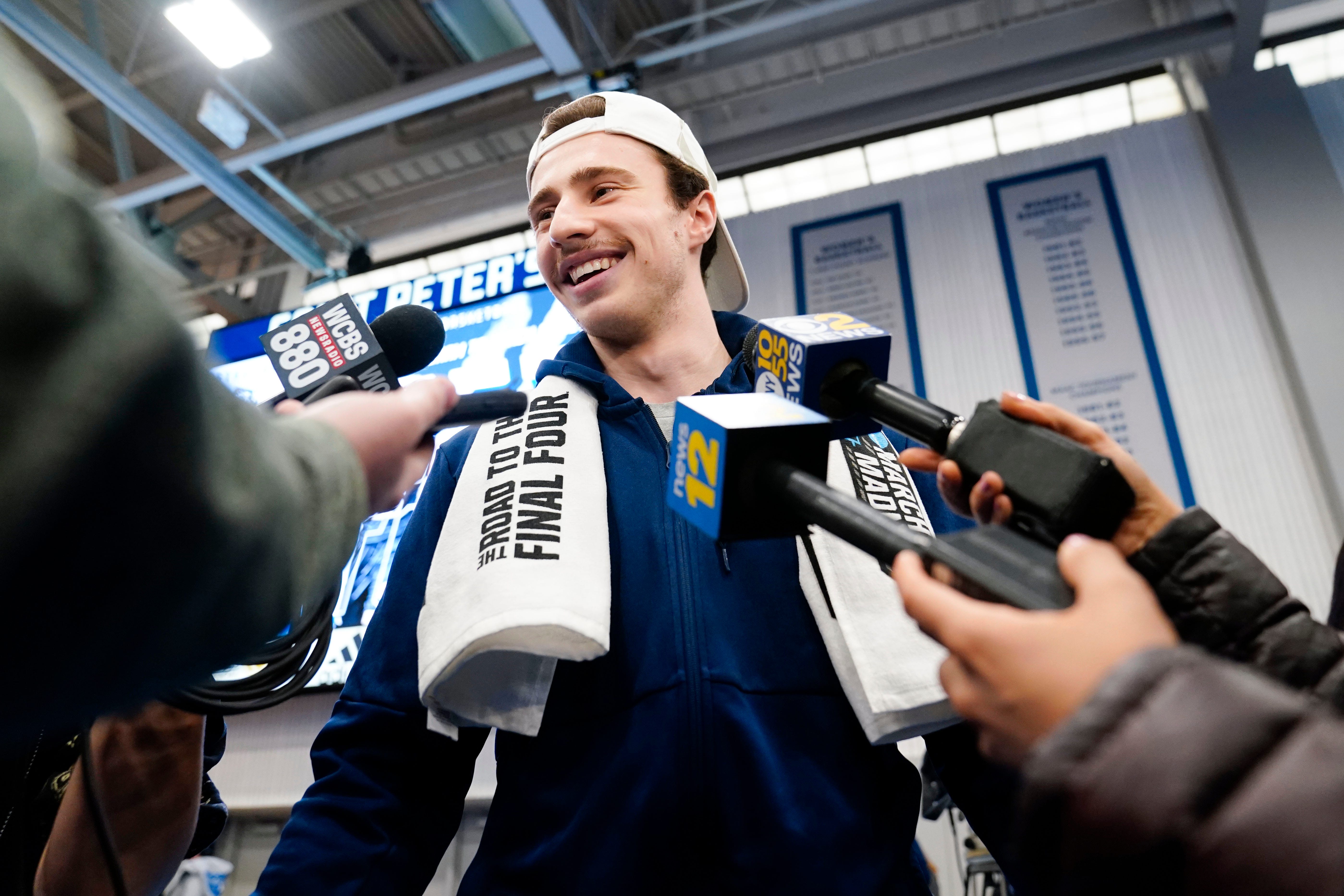 Doug Edert grabbed the attention of the nation his 20 points in 25 minutes against Kentucky, his 10 points in a three-minute span against Murray State, and, of course, his mustache.

In high school, he had minimal attention, though more than many of his current teammates. He posted 1,000 points and won a state championship with Bergen Catholic High School (Oradell, N.J.). He had four offers for university. 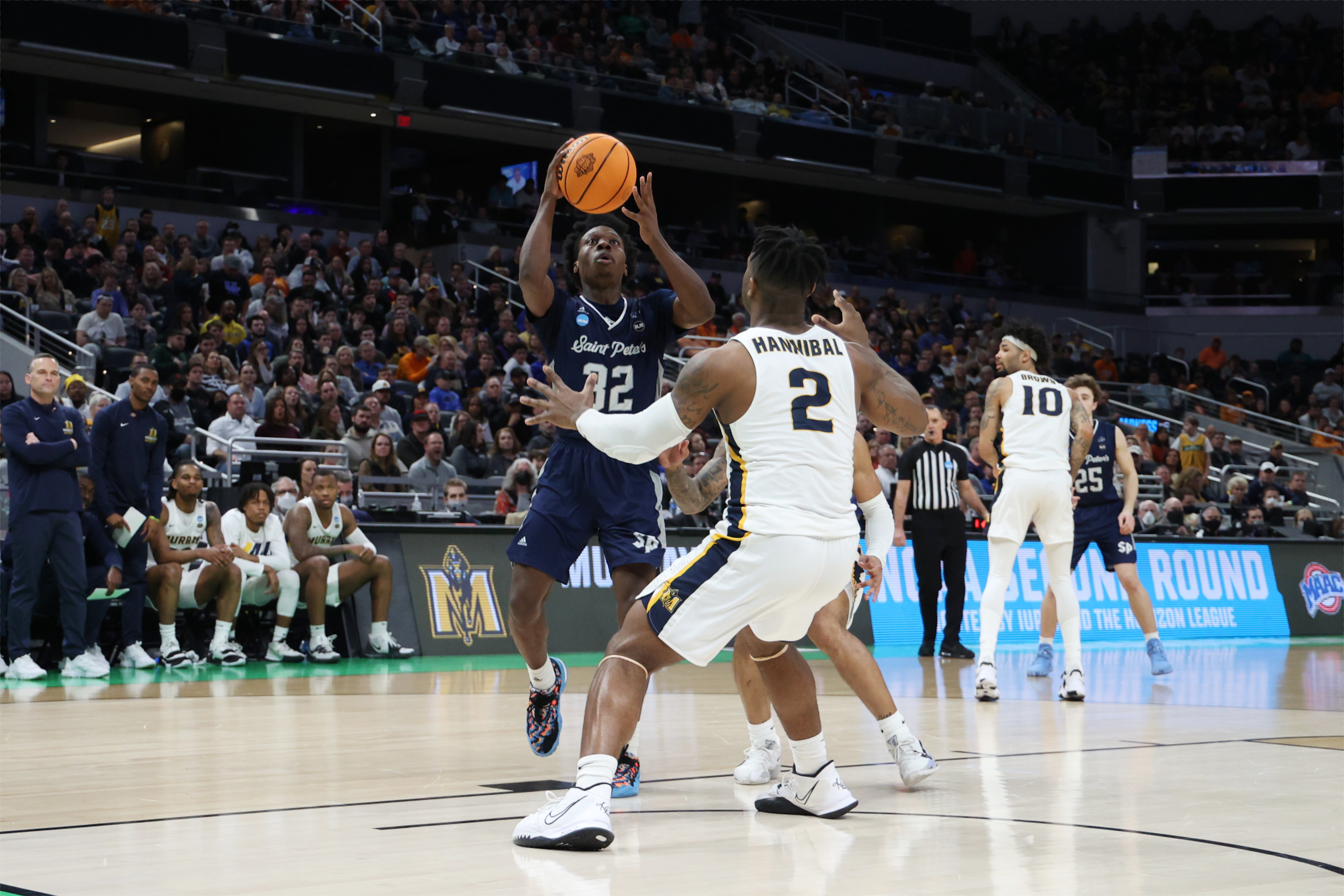 Jaylen Murray was a three-star prospect on 247Sports. The recruiting site listed the guard as the No. 302 player in the nation. With that, Murray was the site’s highest-ranked player on Saint Peter’s.

He ended up with Saint Peter’s and averaged about 16 minutes per game as a freshman. 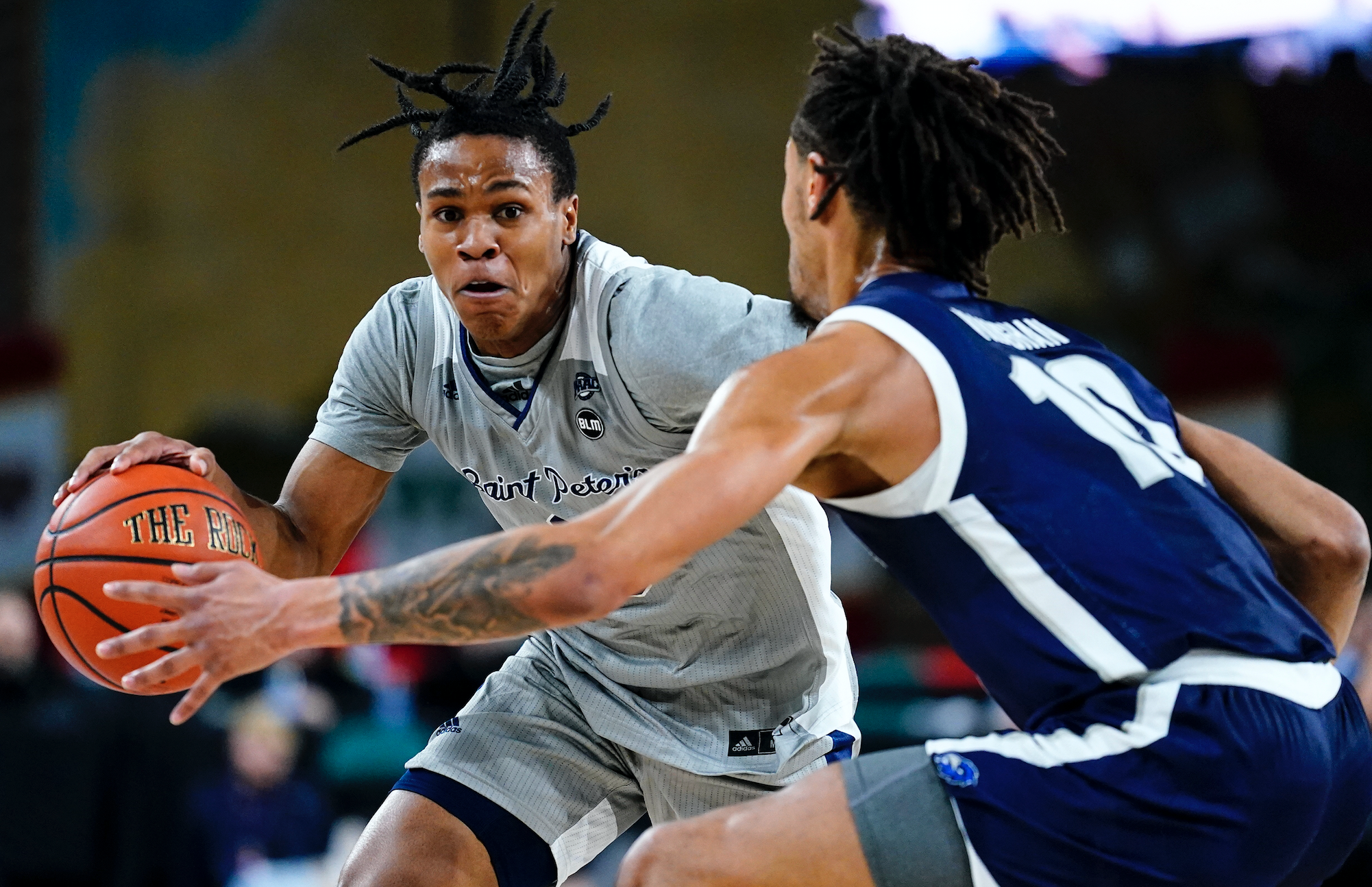 Oumar Diahame: Oumar Diahame, a Senegal native, played for the Canarias Basketball Academy in Spain before transferring to The Patrick School.