It was a wild weekend of high school football around the country — especially in Florida.

St. Thomas Aquinas, ranked No. 2 in USA Today’s Super 25, endured its first loss of the season at the hands of Cardinal Gibbons in one of the year’s most shocking upsets. Local rivals No. 25 Northwestern and No. 9 Miami Central also did battle, with Northwestern emerging victorious to set up a monster showdown with No. 1 IMG Academy this weekend.

Here is a recap of how each team in the Super 25 fared in Week 8.

IMG Academy returns to action against No. 25 Northwestern on Oct. 30.

Cardinal Gibbons pulled off one of the biggest upsets of the year on Friday, downing No. 2 St. Thomas Aquinas thanks to some stellar defensive play.

“Jack Hanrahan and Dave Montiel and the rest of the coaching staff on defense — I don’t even bother with them,” Cardinal Gibbons coach Matt DuBuc said, per the Sun-Sentinel. “I let them coach the game. I don’t tell them what to do. They are pros. They come in Sunday and Saturday, and they get the game plan ready to go and they execute the game plan.” 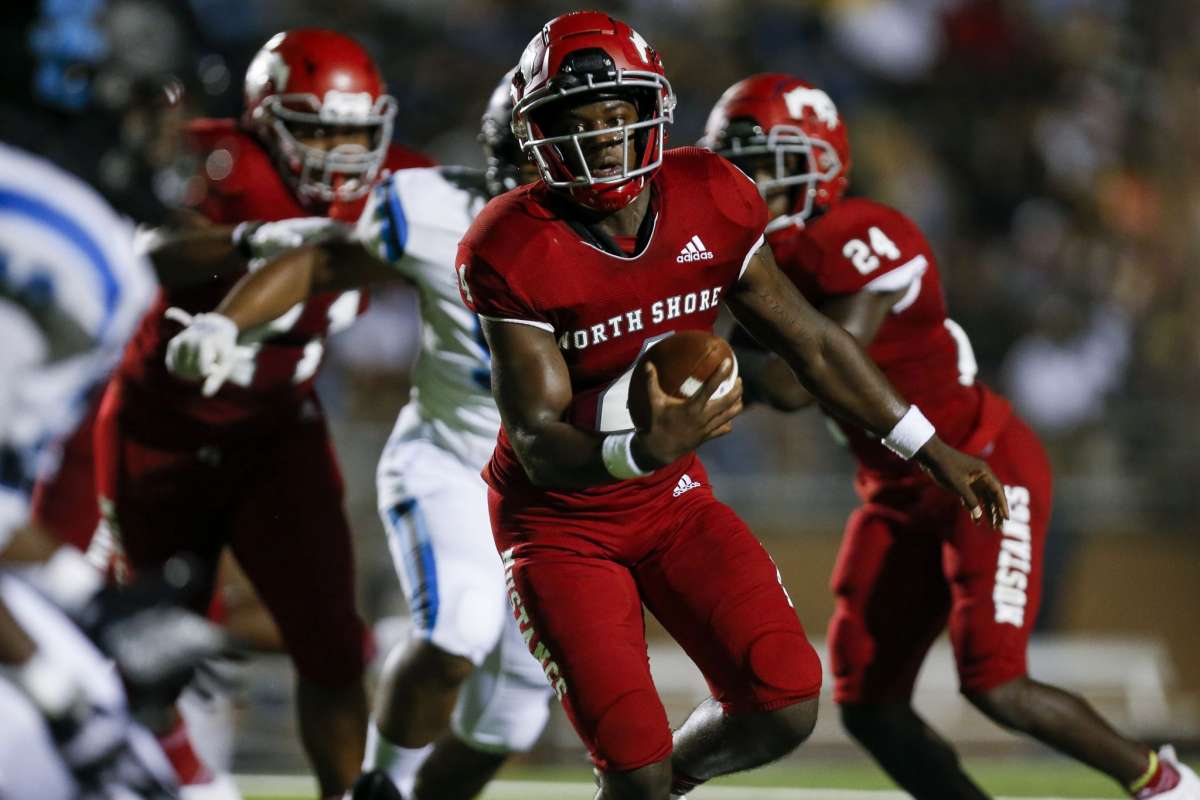 North Shore improved to 5-0 with a dominant win over West Brook on Friday night. The Mustangs jumped out to a 14-0 first-quarter lead and never looked back, going up 35-7 by halftime. 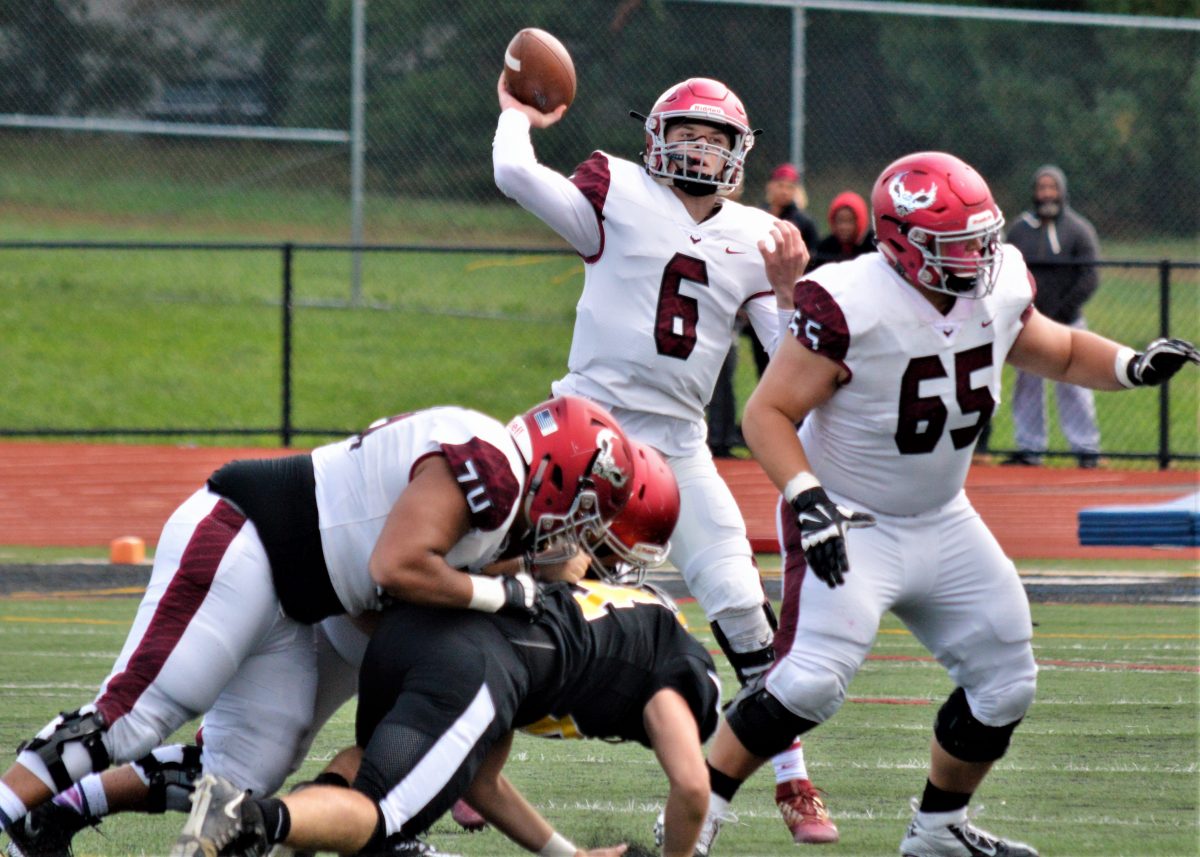 St. Joseph’s Prep cruised to its second win over the season on Friday night, downing La Salle College 38-14. The Hawks scored all of their points in the first half and led 38-0 at halftime. 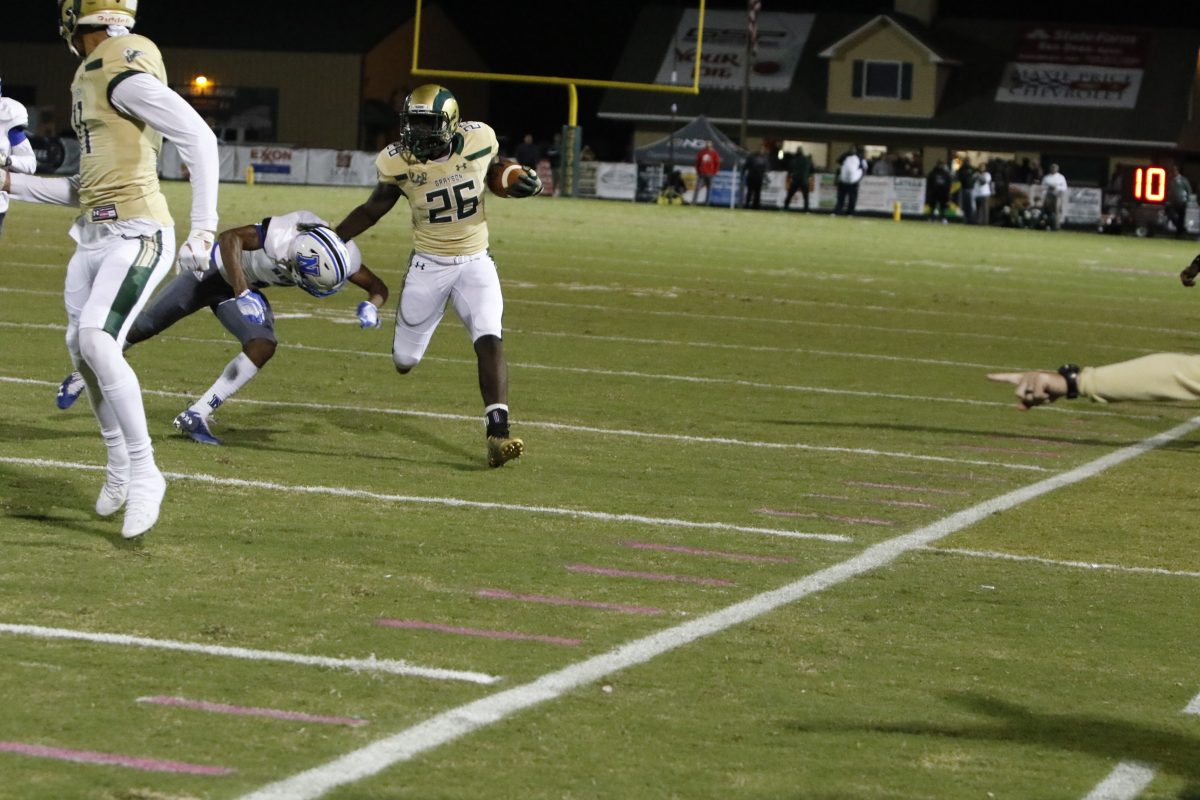 Grayson was off in Week 8. Its next game comes on Oct. 30 against 5-1 Parkview High School.

Duncanville bounced back from its loss from No. 1 IMG Academy two weeks ago with a resounding 56-9 win over Waco High School on Friday night. 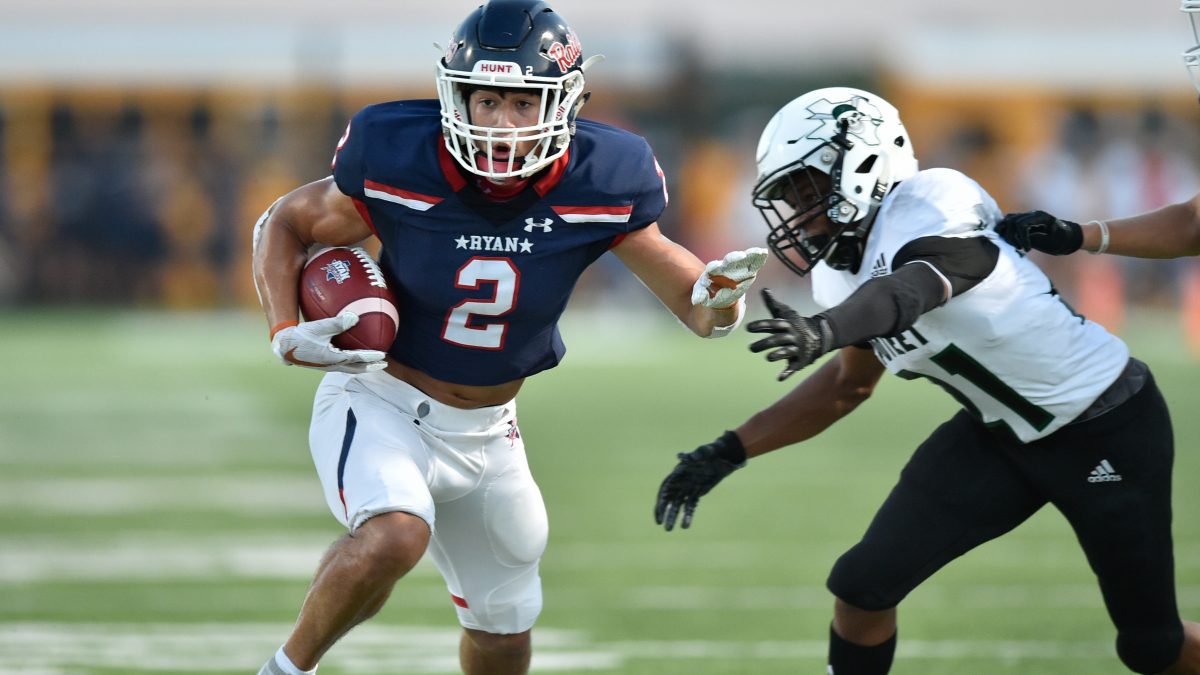 Ryan hit the road and had its way with Wakeland High School on Thursday night, rolling to a 41-3 win. Wakeland’s lone points came in the first quarter, as Ryan ripped off 27 unanswered to secure its fourth victory of 2020. 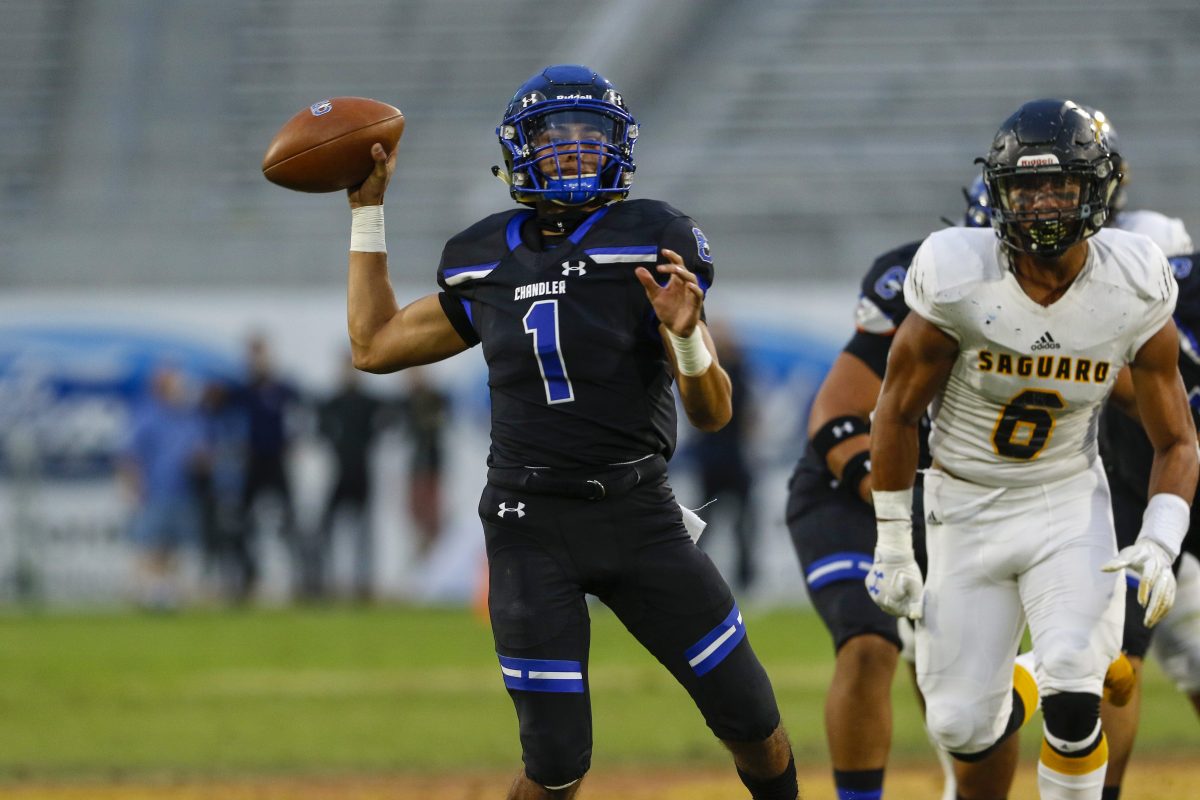 Chandler scored over 50 points for the third consecutive game, defeating Higley High School in a 63-7 romp on Friday night. 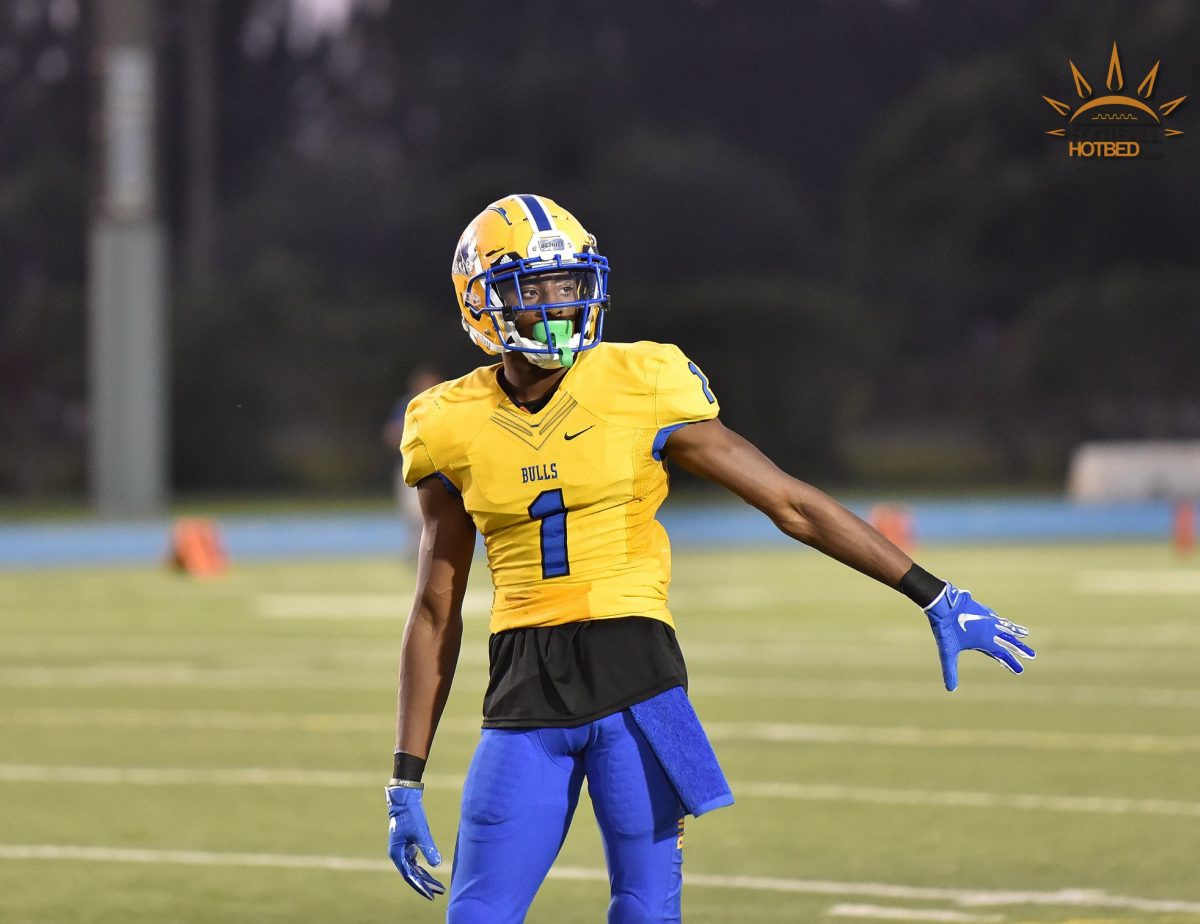 No. 25 Northwestern came up with some key defensive stops to down crosstown rival No. 9 Miami Central by a final score of 21-14 on Friday night.

Northwestern’s season-opening win sets up a monster showdown with No. 1 IMG Academy this upcoming weekend. 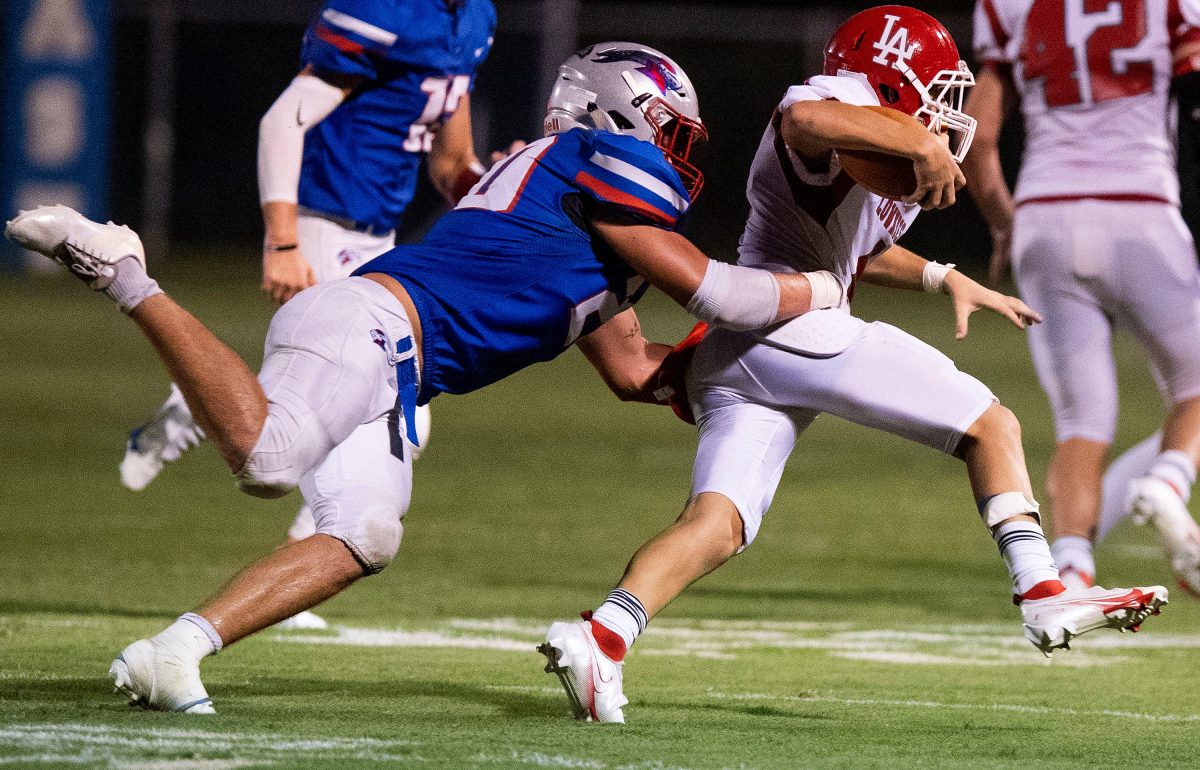 Lowndes is scheduled to return on Oct. 30 against rival Tift County. However, the program is currently shut down because of COVID-19. 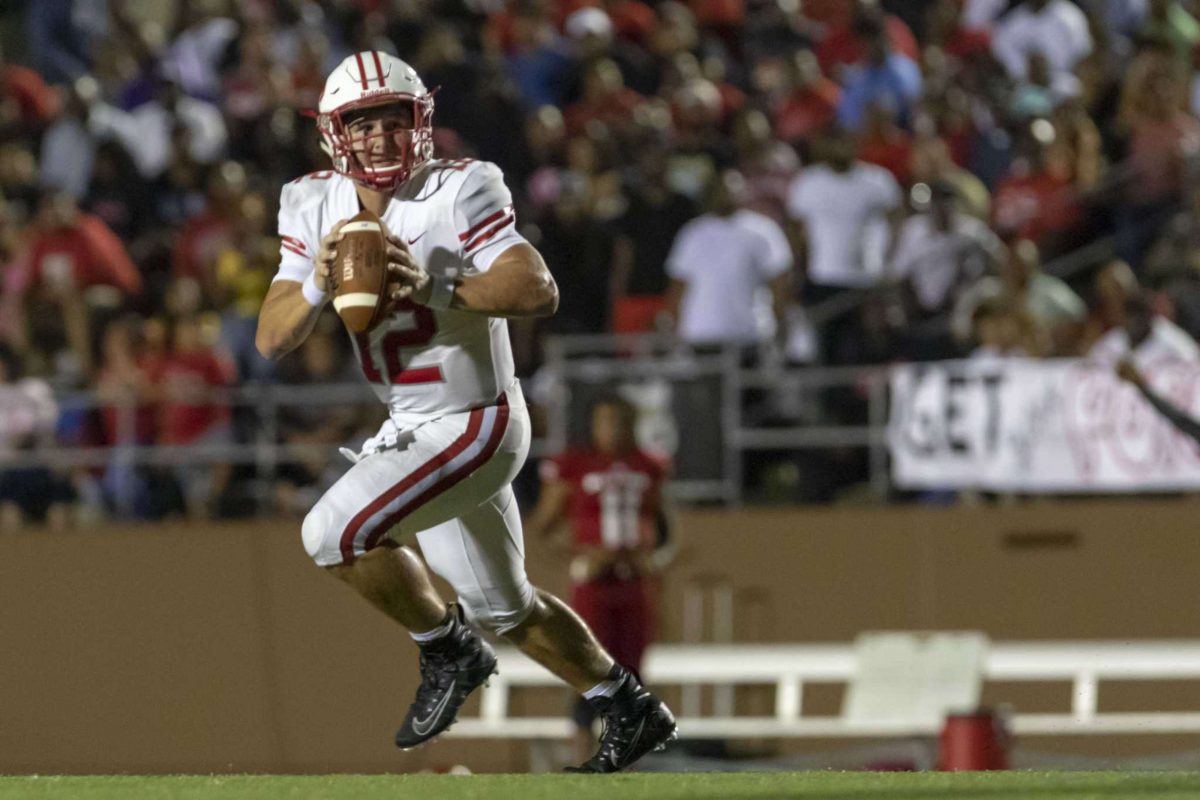 Katy exploded for 20 points in the second quarter and put away Cinco Ranch High School by a final score of 41-0 on Friday night.

Senior running back Jalen Davis rushed for 86 yards and two touchdowns, while senior wide receiver Taylor Saulsberry hauled in two passes, both of which were touchdowns. 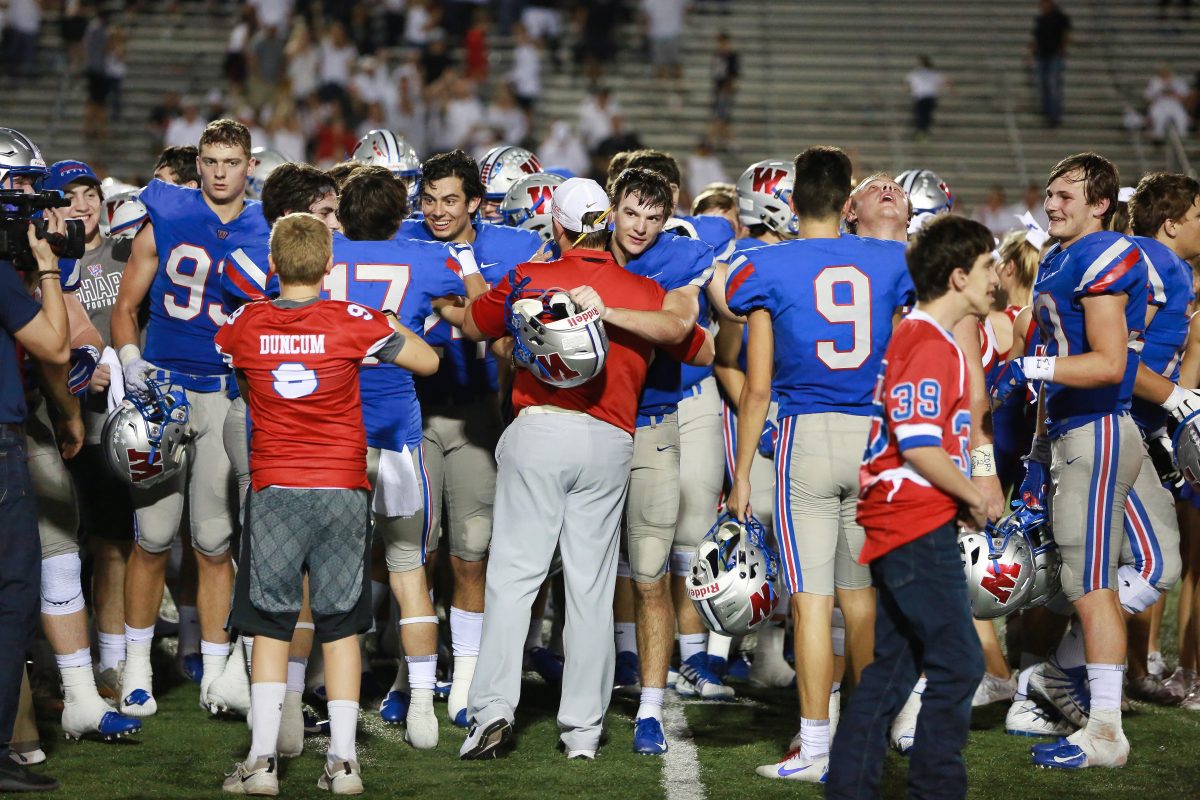 Austin Westlake is on a bye in Week 8. Its next opponent is Hays High School on Oct. 30. 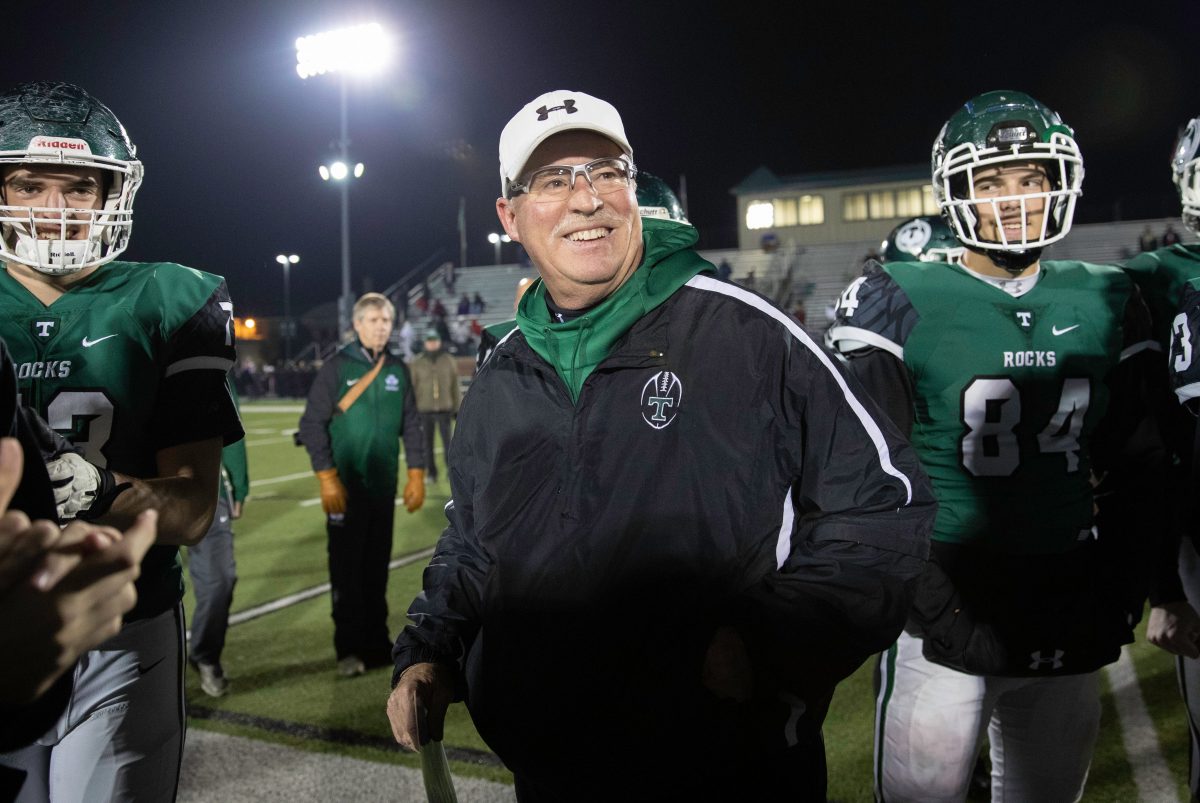 Corner Canyon had a first-round bye in the Utah state playoffs. 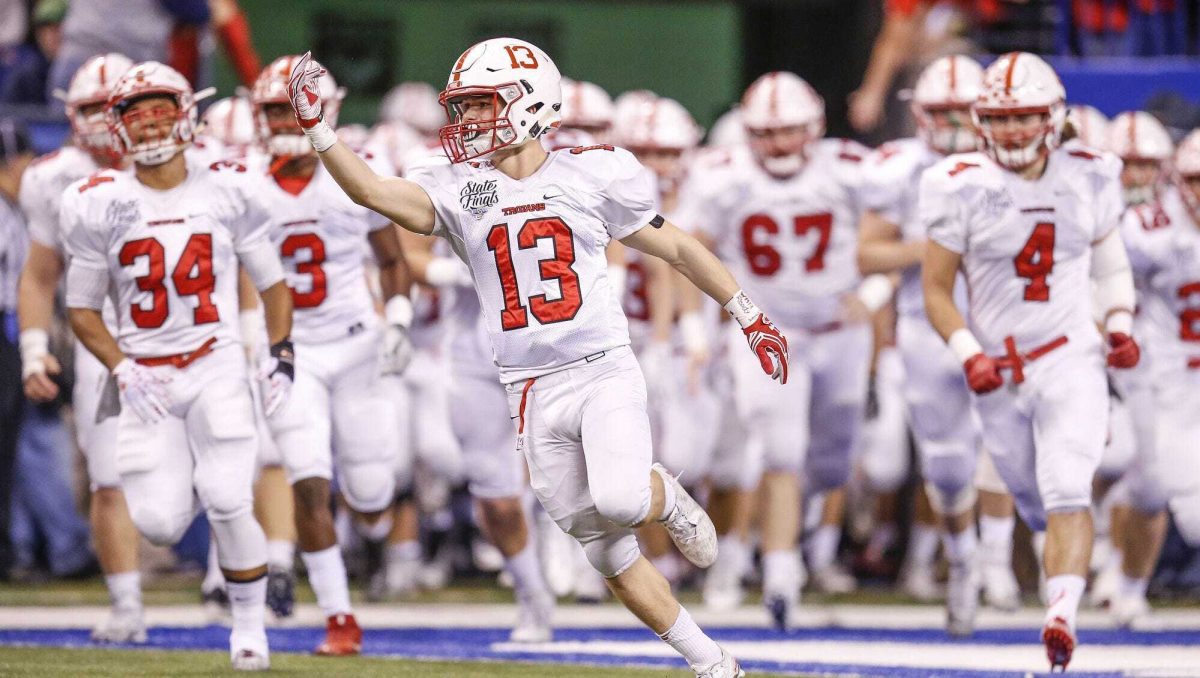 Center Grove will take on 6-2 Columbus North in the first round of the 2020-21 IHSAA Football State Tournament on Oct. 30. 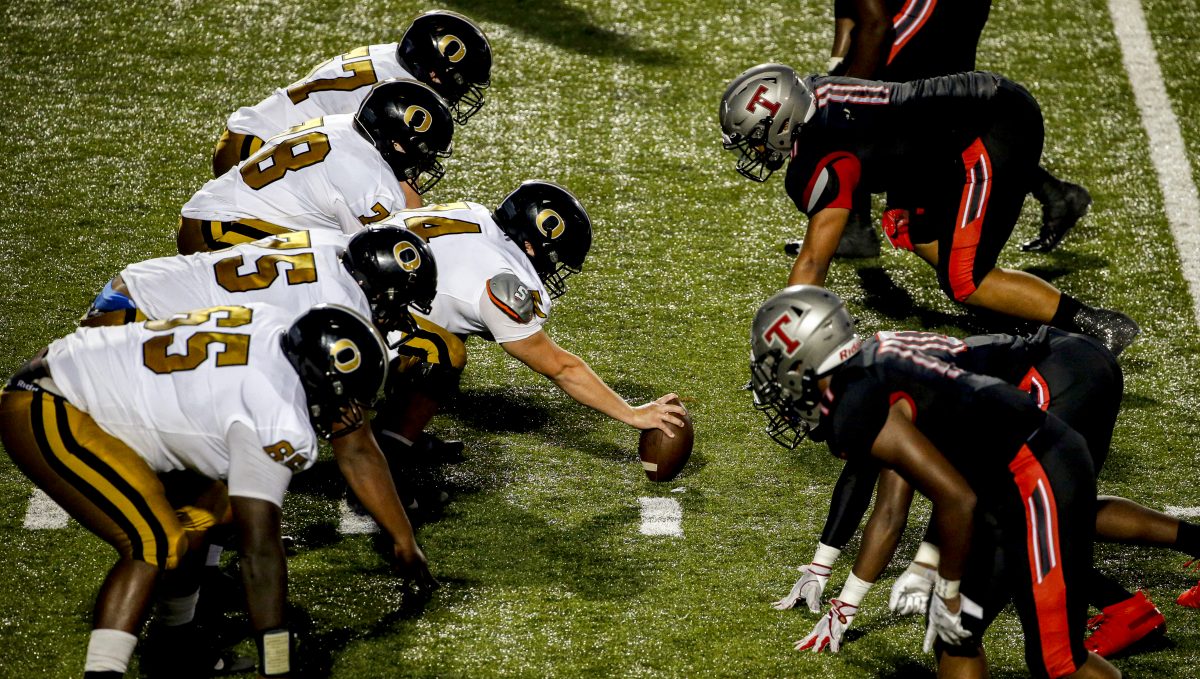 Thompson completed a perfect regular season by defeating rival Hoover High School 39-23 on Friday night. The Warriors have won 14 consecutive games and will open the Alabama state playoffs as the No. 1 seed.

De Smet Jesuit’s next opponent is 2-4 Howell Central in the first round of the playoffs. 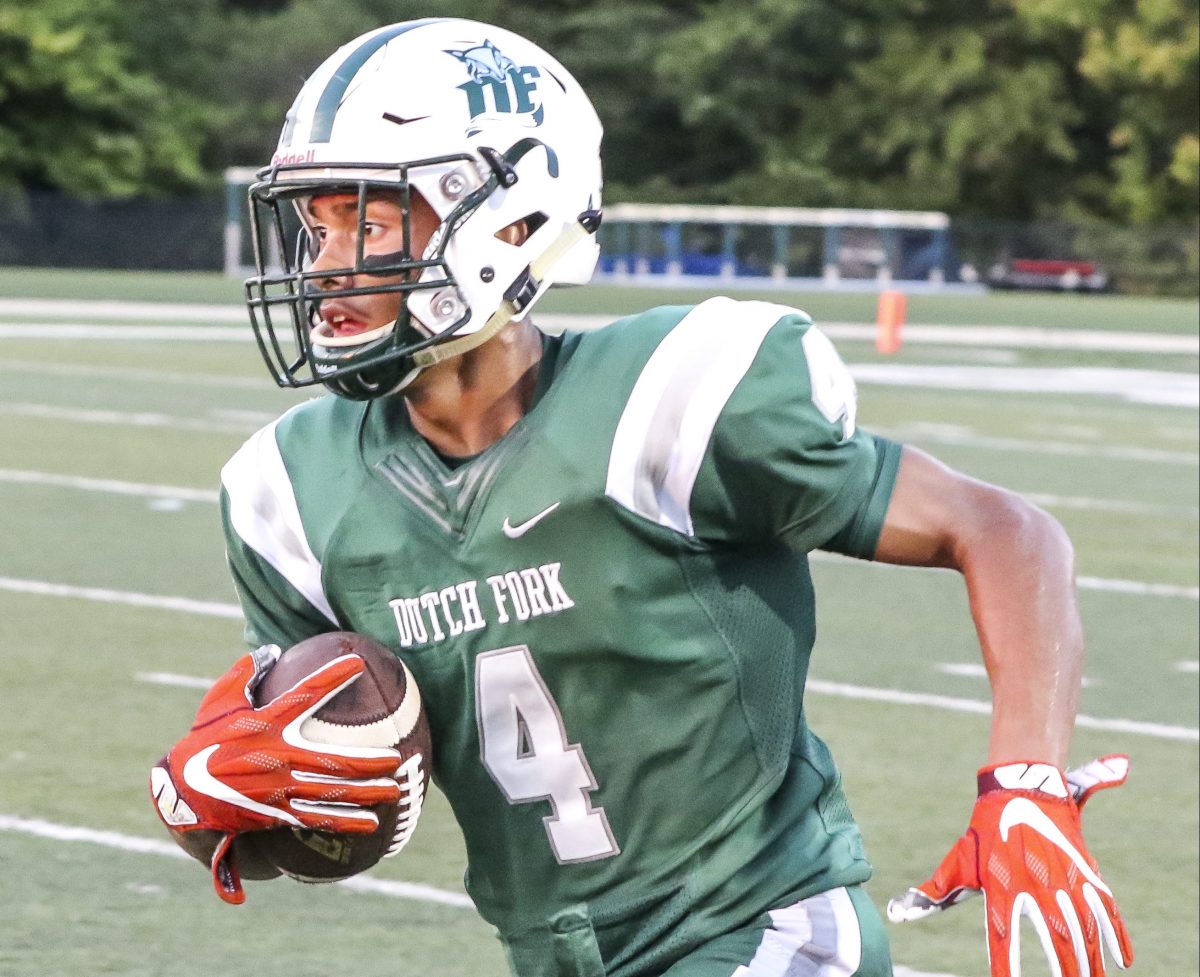 Spring Valley did its best to slow down No. 18 Dutch Fork’s high-octane offense, but it could not muster up any points in a 21-0 loss. Dutch Fork is now 5-0 so far this season.

Waxahachie jumped out to a 6-0 lead over DeSoto on Friday night, but the Eagles responded with 42 unanswered points to improve to 3-0 on the season. 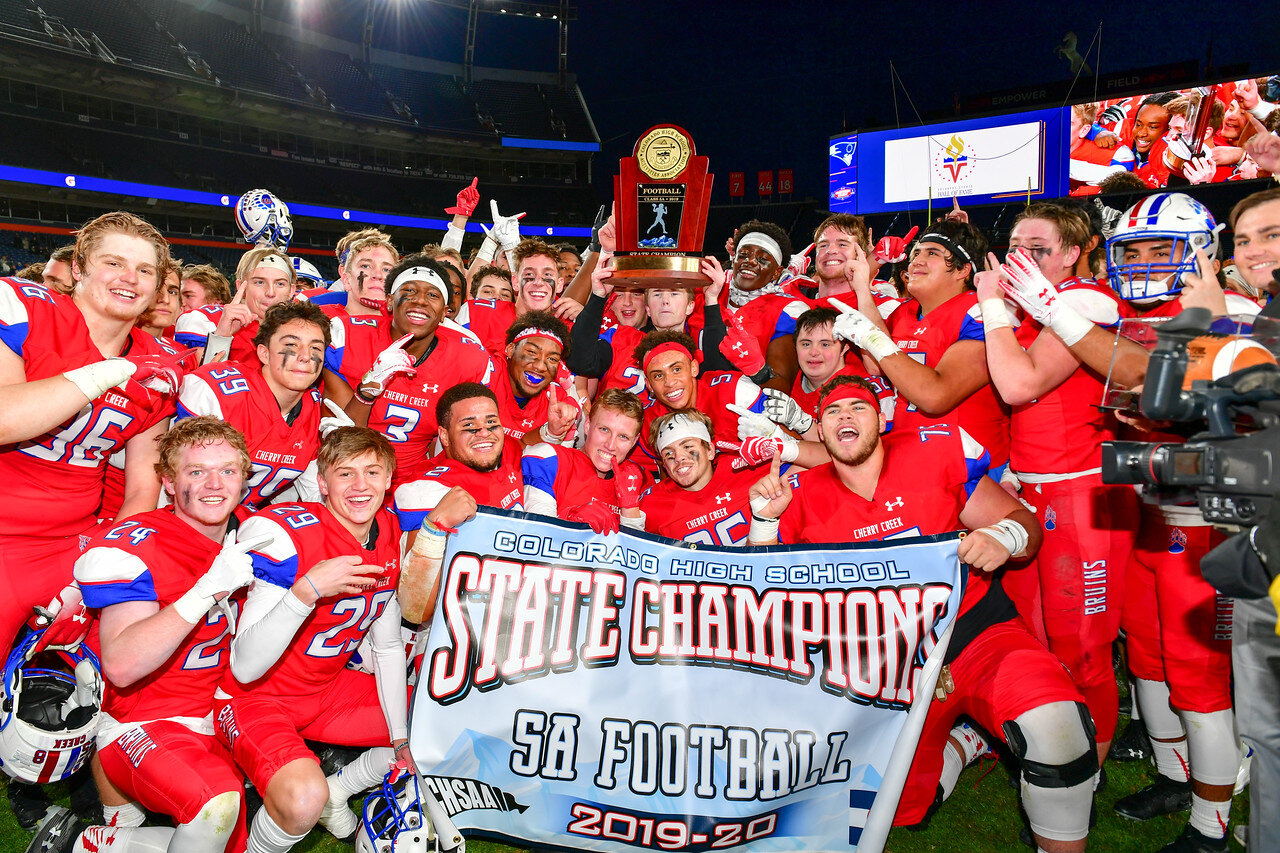 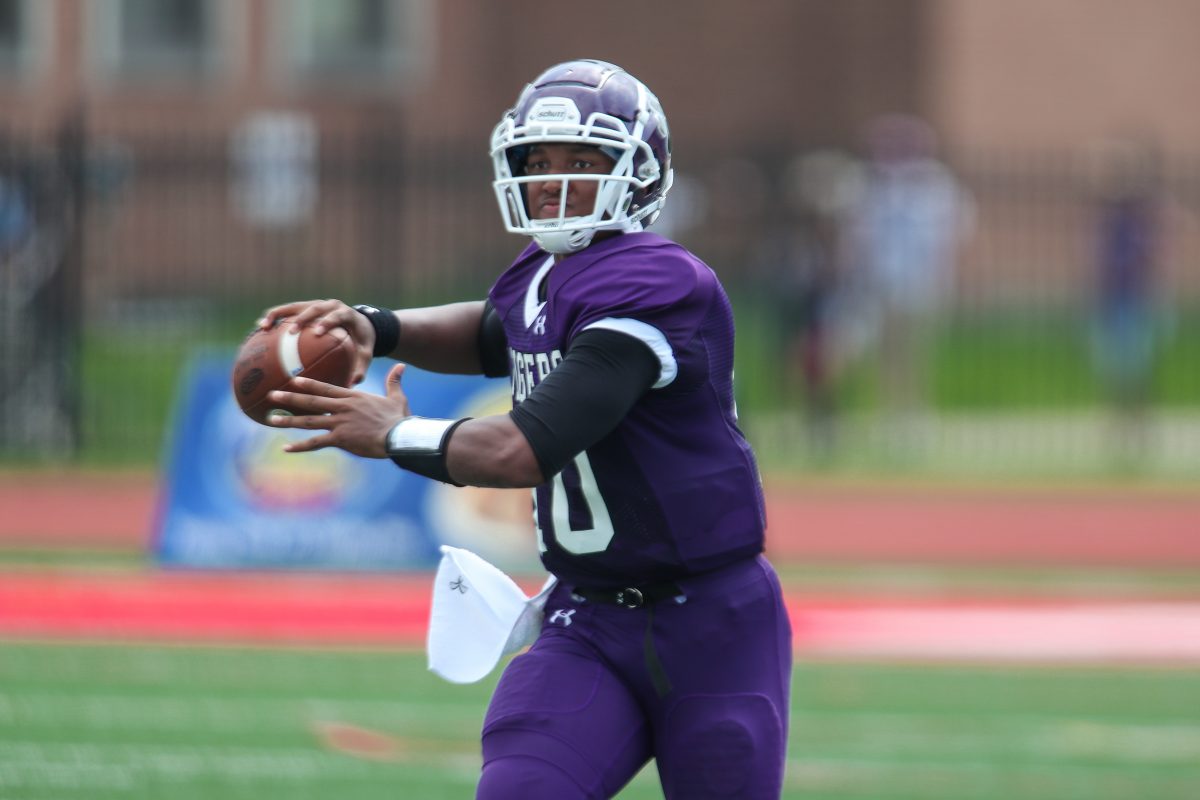 Pickerington Central defeated Hilliard Bradley 34-7 to advance to the fourth round of the OHSAA Division I Region 3 state playoffs. 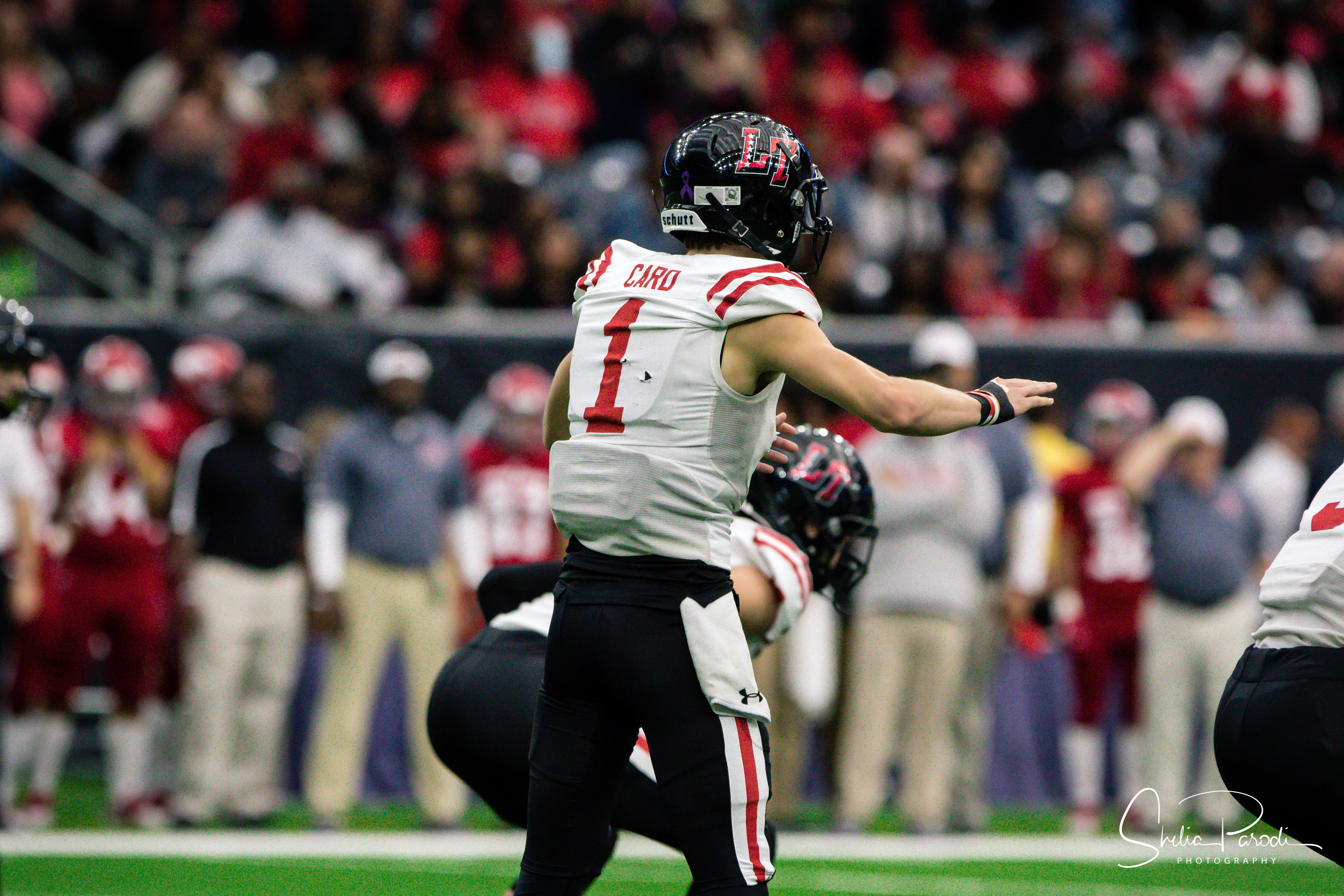 Lake Travis lit up the scoreboard on Friday night, posting 62 points in its 42-point victory over Austin High School. 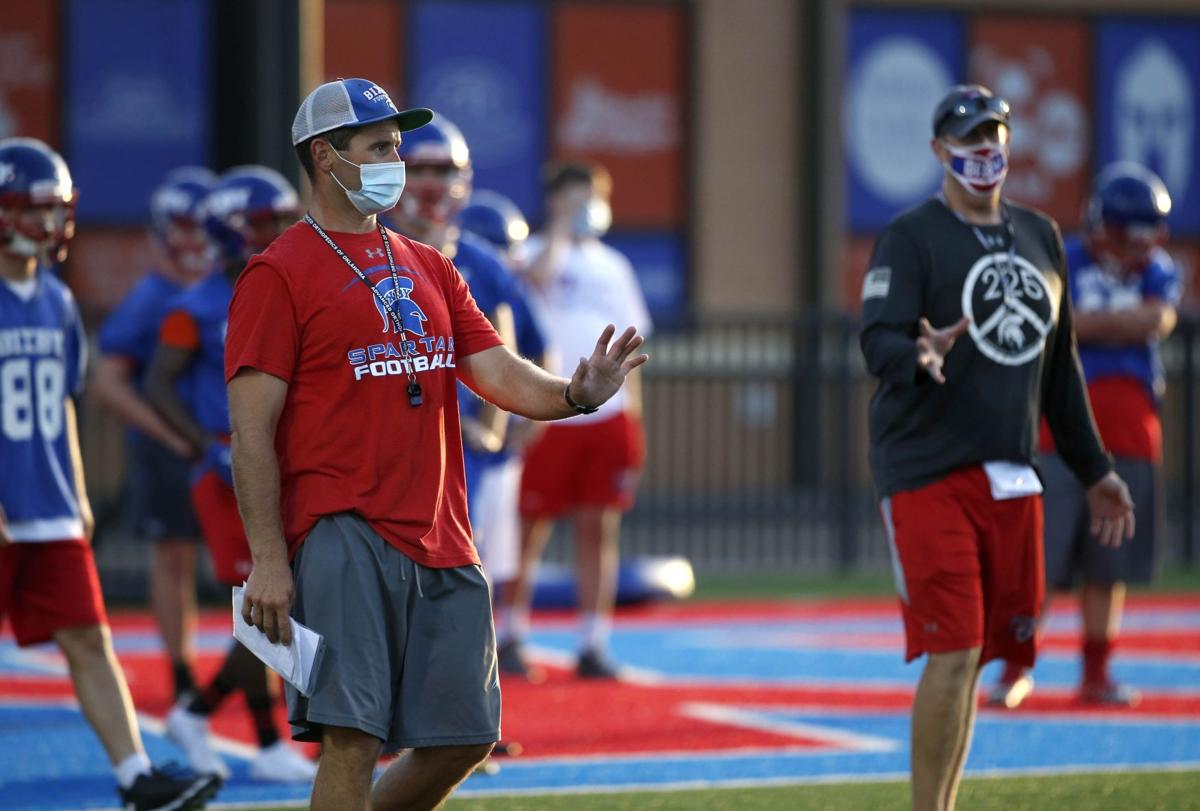 Bixby was originally scheduled to play 0-6 Muskogee on Friday night, but Muskogee canceled because of COVID-19. 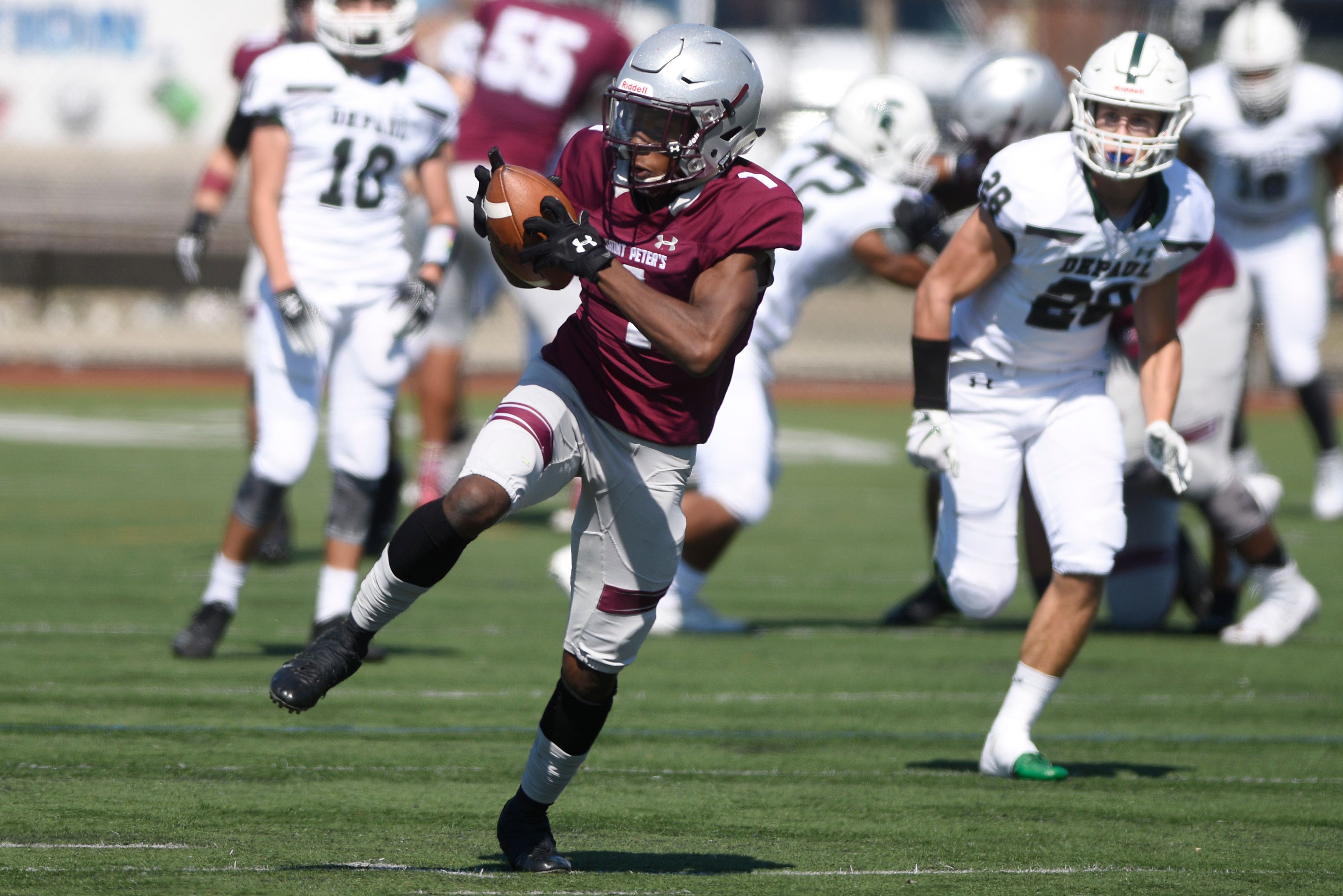 Paramus Catholic put up a fight at Caven Point over the weekend, but St. Peter’s Prep ultimately emerged with a 25-7 win.