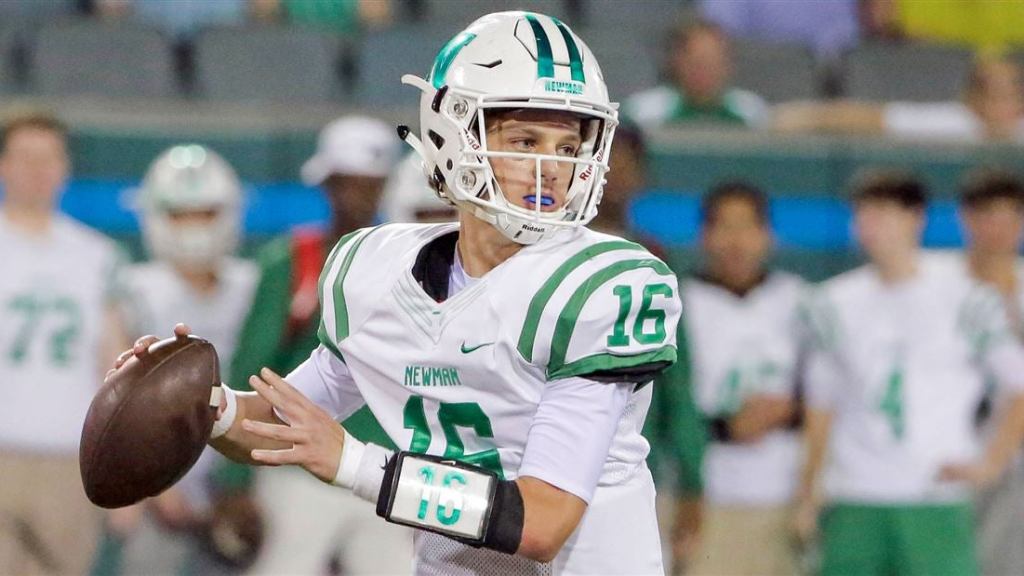 To say Arch Manning kicked off his sophomore season with a bang would be an understatement.

He threw for 5 TD and ran for another. He’s only a sophomore.

Manning finished the night completing going 13-17 for 260 yards. Two of his incompletions were passes that were dropped in the end zone and one was an interception. He wasted no time flashing his big arm, connecting with four-star wide receiver AJ Johnson for a 63-yard touchdown on his second throw of the night. Manning and Johnson connected again in the back of the end zone in the second quarter for a score.

VIDEO #1
Beautiful night in NOLA (Metairie).@NewmanAthletes QB Arch Manning with his first TD pass of 2020 in the Greenies first series.

“Our O-line, they held up, they bought me time,” Manning said, per NOLA.com’s Chris Dabe. “Our receivers know how to get open. It was pretty easy after that.”