Ohio State football is still putting together its 2022 recruiting class, but it already has a few five-star prospects that have  committed. As a result, the Buckeyes perch atop the team rankings according to almost every recruiting service out there.

One of those five-star commitments is Southlake, Texas, standout Quinn Ewers. He has a perfect composite score of 1.0000 according to 247Sports and impresses everyone that sees him throw the pigskin. He still has one more year of high school ball, but many already compare him to Trevor Lawrence and Vince Young when it comes to sheer talent.

Well, some of that talent was on display last week when Ewers made his way to the Quarterback Retreat in Los Angeles. He dazzled with his ability to spin the ball across his body and on the run, but there’s another video that surfaced that shows off his arm strength.

Watch as Ewers drops back and absolutely launches the football into Earth orbit. It honestly looks a little like an enhanced video of a throw you’d see in a commercial, except it’s the real thing. It’s hard to tell how far the ball travels because of the camera angle and distance, but some have reported that it traveled 70 yards. All we know is that it looks ridiculous — and far.

The new quarterback rankings are out, and five-star Ohio State QB commit Quinn Ewers continues to lead the way.

Absolutely crazy. With the wide receivers Ohio State already has on campus, and the others that are on the way, the combination of Ewers and the pass catchers could be something to behold on the banks of the Olentangy in the next few years. 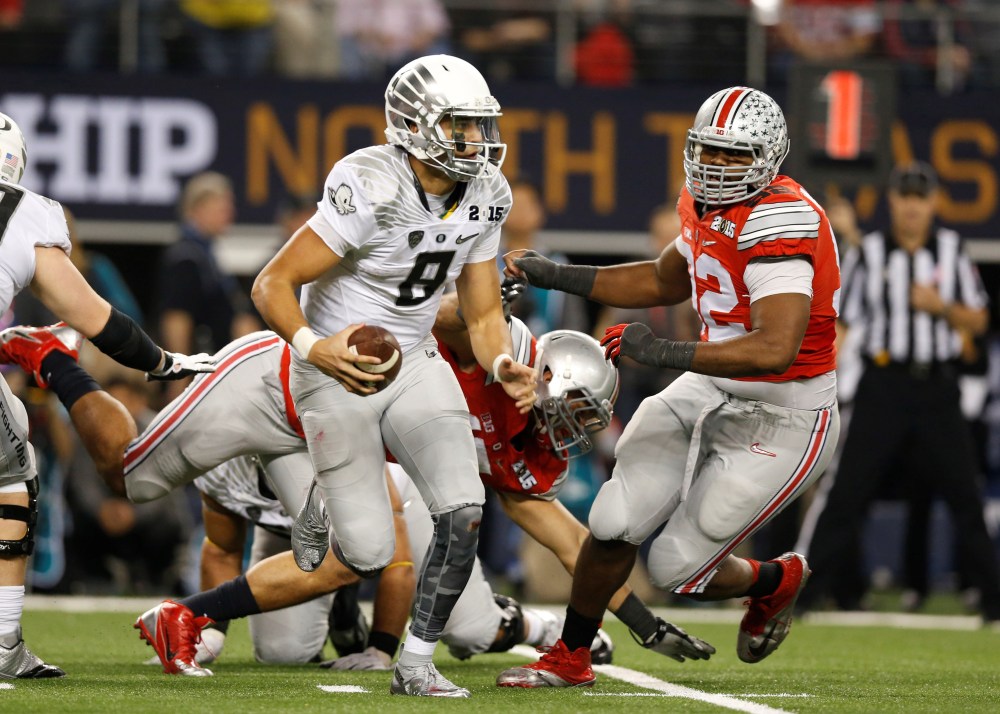