Two FCIAC teams have withdrawn from their sports’ tournaments due to ongoing COVID-19 issues, and the NVL announced Monday that all of its tournaments have been canceled.

New Canaan coach Mary Clare Snediker confirmed that all of New Canaan’s field hockey players and coaches are in quarantine.

“It would’ve been great to participate in the tournament and go for a championship,” Snediker said. “But it’s COVID and it’s a crazy year, so we’re dealing with it the best that we can.”

Despite having a group of players quarantined, Westhill was prepared to play in the FCIAC West Region final against top-seeded Greenwich, but withdrew as a safety precaution, according to coach Joe Andrews.

“It’s not really a matter of being able to field a full team, it’s just for safety precautions,” Andrews said. “The school is still doing some contact tracing, so it was a safety decision, but we lost a chunk of the team along with that, too.”

The Vikings learned that their season was ending this weekend, and the players who were at Westhill on Monday met with their coach on the field after school, as the Vikings held a mini-practice, according to Andrews. 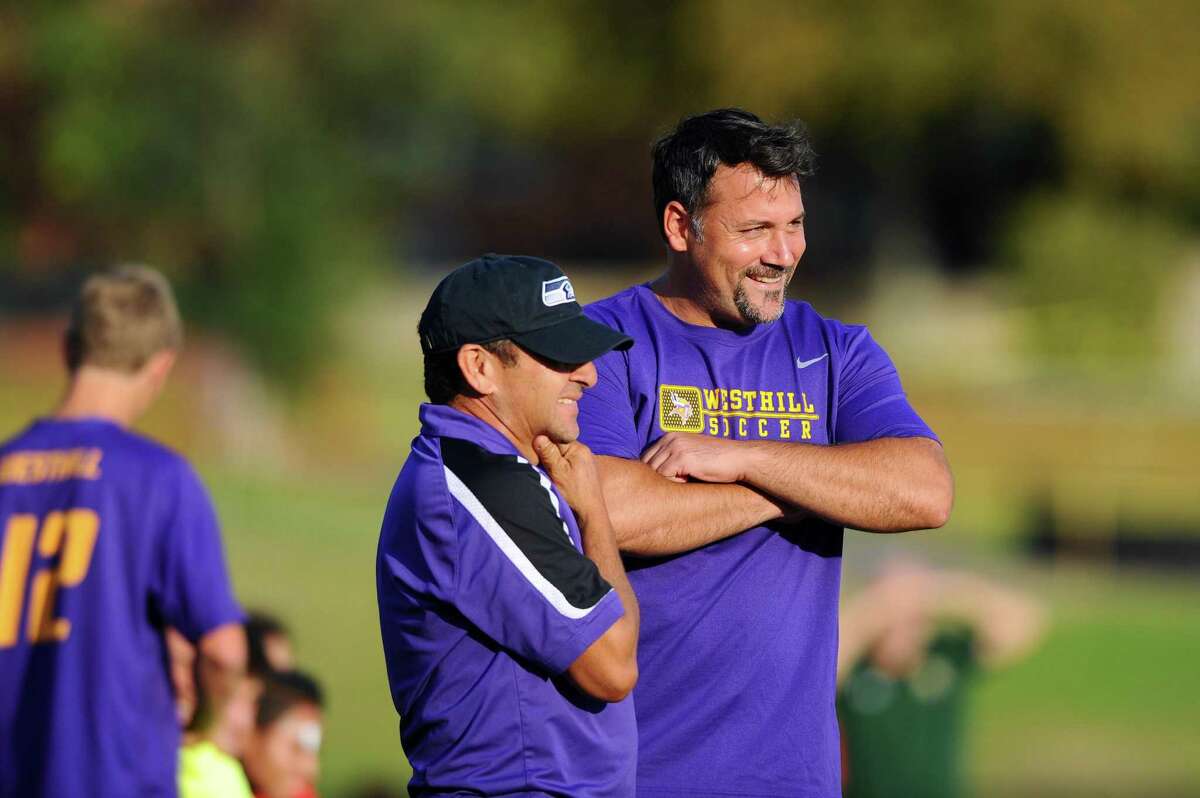 Westhill boys soccer head coach Joe Andrews and the Vikings have withdrawn from the FCIAC playoffs due to concerns over COVID-19.

The New Canaan field hockey team has withdrawn from the FCIAC playoffs after the team was forced to quarantine.

“It was tough,” Andrews said. “They didn’t think it was really happening, they didn’t believe it at first. But unfortunately it’s just the way things unfolded over the weekend. We didn’t have any control over it, and that was one of the things we told these guys at the beginning of the year. Treat each day like it’s your last because it could be.”

Westhill finished the season with a 5-2-3 record, earning a bid to the West Region title game by virtue of its 2-1 win over Darien on Friday. The Vikings had been quarantined in the season’s second week, and although four games were postponed at that time, they eventually played three of those contests.

“We’re definitely thankful for being able to at least make it as far as we did into the season,” Andrews said. “It’s disappointing the way it happened, but it ended on a high note with the way they responded in that last game to get into the finals.

“It was just fun being around them and I just didn’t want it to end. This was a special team and special players and we’re disappointed with what happened, but we have no regrets.”

Greenwich, which was 10-1 this fall, was named the FCIAC West champion, but not being able to play in a final is difficult, according to coach Kurt Putnam,

“It’s a disappointment for the players and everyone involved,” Putnam said. “For the teams that were going to play in the final, it’s anticlimactic. We were looking forward to playing in the championship game and our players are disappointed.

“While it may have been an unfortunate way to end their season, it doesn’t diminish the great success they had. The players and coaches made a strong effort to stay safe and healthy while having a very productive year. We also send best wishes to the Westhill team.”

New Canaan found out that it would be unable to play in the tournament during the weekend.

“The messages have been pouring in from community members, parents, and players, and I’ve been so impressed with how maturely the girls have been dealing with such a big disappointment,” Snediker said. “We worked all season for this and, especially for the seniors, for it to be cut short so abruptly is heartbreaking, but they have been focusing on the appreciation for the time we did have together, the memories we were able to make, and the big games we were able to win.”

The Rams were 8-1-1-0 during the regular season and defeated rival Darien two out of three games this fall. New Canaan was the top seed in the FCIAC West playoffs, and was set to play Stamford in Tuesday’s semifinals.

Instead, Stamford moves into the FCIAC West final on Thursday, and will await the winner of Tuesday’s semifinal game between No. 3 Greenwich and No. 2 Darien.

Snediker said the players and coaches realized the season was uncertain and could have been cut short at any time, but that didn’t lessen the disappointment.

“We played all season with the mentality that this could happen at any moment and we almost got through without it happening,” Snediker said. “We left it all out there every single game we played, so we don’t have any regrets.”

NVL president Mike McKenna, also Torrington’s athletic director, said several schools had already opted out of the postseason because of COVID-19, and others said their administration was talking about going to distance learning, which would take them out of the postseason as well. There was too much uncertainty, then, whether the league could complete their tournaments.

Schools in Seymour and Ansonia went to remote learning on Monday.

“That, coupled with the safety of our student-athletes: If we had that kind of uncertainty, why expose anybody to that kind of risk?” McKenna said.

“We got our season in,” he added. “If you took a poll of athletic directors on Sept. 1, they probably thought we’d never get even to this point.”

There were no CIAC tournaments scheduled this fall because of the pandemic. The CIAC plans to hold state tournaments in the sports that play this winter, though a final winter plan is yet to be determined.

All this comes after a weekend in which both the SCC and SWC made changes in their postseason tournaments. At least nine schools opted out of the SCC tournaments, and at least one girls soccer team had to withdraw from the SWC tournament. At least a couple of schools’ junior varsity teams will replace the varsities in the postseason.

Michael Fornabaio contributed to this report.